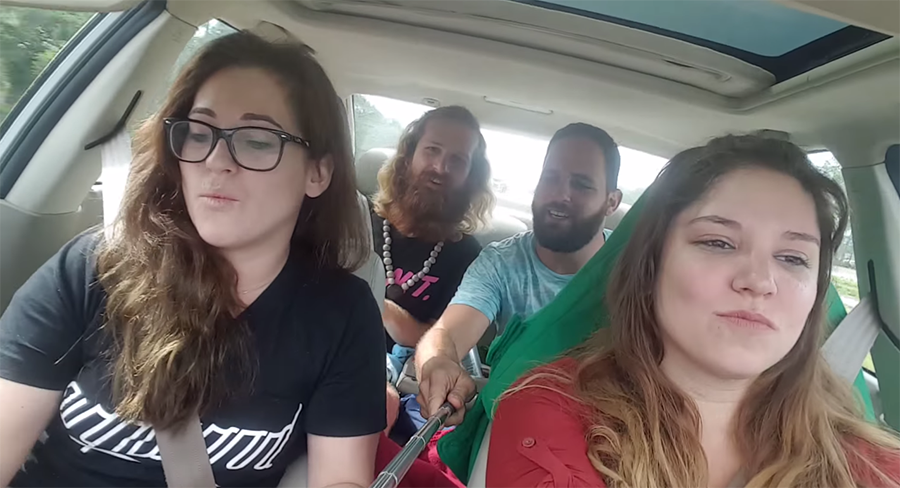 There have been a plethora of videos recently of people singing in their cars and for some reason they’re really popular and it’s encouraged people to make more of them. However, this should really stop because not only is it really annoying but also because it can be pretty dangerous if you’re concentrating on your singing and not the road in front of you and driving the vehicle.

In the video four people are in the car filming themselves singing some song I don’t even know (it’s probably really famous, I apologise) with a selfie stick. You know what’s going to happen because of the title of this article, but it’s still pretty tense watching the video and waiting for them to lose control of the car and for it to flip.

When it does, it isn’t that terrifying or scary (although the first thing one of the girls says once they’ve stopped is ‘OMG that was SO. FUCKING. SCARY, followed by ‘we’re not posting that video’) but hopefully it will at least discourage people from making these crappy videos and flooding the internet with them. Seriously – you could die or get seriously injured, so just quit it with them.

I could make a joke about never letting women drive, but we’re not a sexist website so I’m not going to. I’m guessing the guys are just really good with the selife stick or something which is why they’re in the back filming.