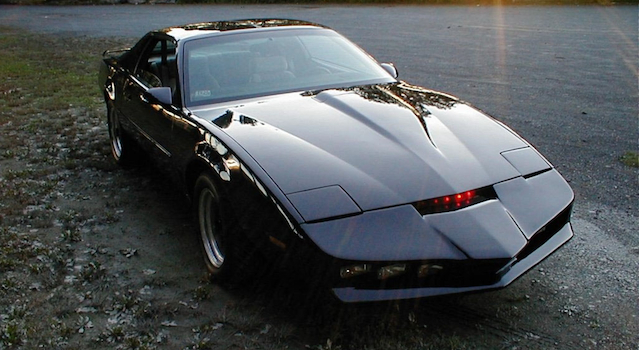 Chris Palmer from Detroit spent three years making an exact replica of KITT from Knight Rider and it actually looks pretty sick, if you’re into that kind of thing.

This guy being some dude from Detroit (it’s probably the reason the city went bankrupt, because this dude spent so much making his stupid Knight Rider replica) called Chris Palmer.

Of his decision to make the replica, he simply stated that ‘I think since I started driving I always wanted KITT, I just think it’s the coolest car there is” He’s also not a jerk about it and let’s other people enjoy the fun when he’s driving it around his local ghetto in Detroit: “I let people get in here and take pictures and just hang out.” That’s real swell of him.

To be fair though he has done a pretty sick job of it and it does look pretty much exactly like KITT although some nerds have pointed out that the screens on the inside are from Season One and the nose is from Season Four. Great work nerds – why don’t you go and do something as cool as building a replica version of KITT? Oh yeah, that’s right you’re nerds so all you do is moan at other people’s achievements.

Personally I don’t really think having my own version of KITT is that cool because I was never a huge Knight Rider fan as a kid, but that Busta Rhymes song that samples the theme music is killer and David Hasselhoff is obviously super cool so I can see why people dig it.

Check out a video of the replica KITT in action below. It looks kinda cramped to drive, I dunno why he didn’t make the driver’s seat more spacious if he was gonna spend so much time (3 years non stop apparently. Ok maybe not non stop) making it.

Nerd Fight Between Dr Who And Star Wars Fans