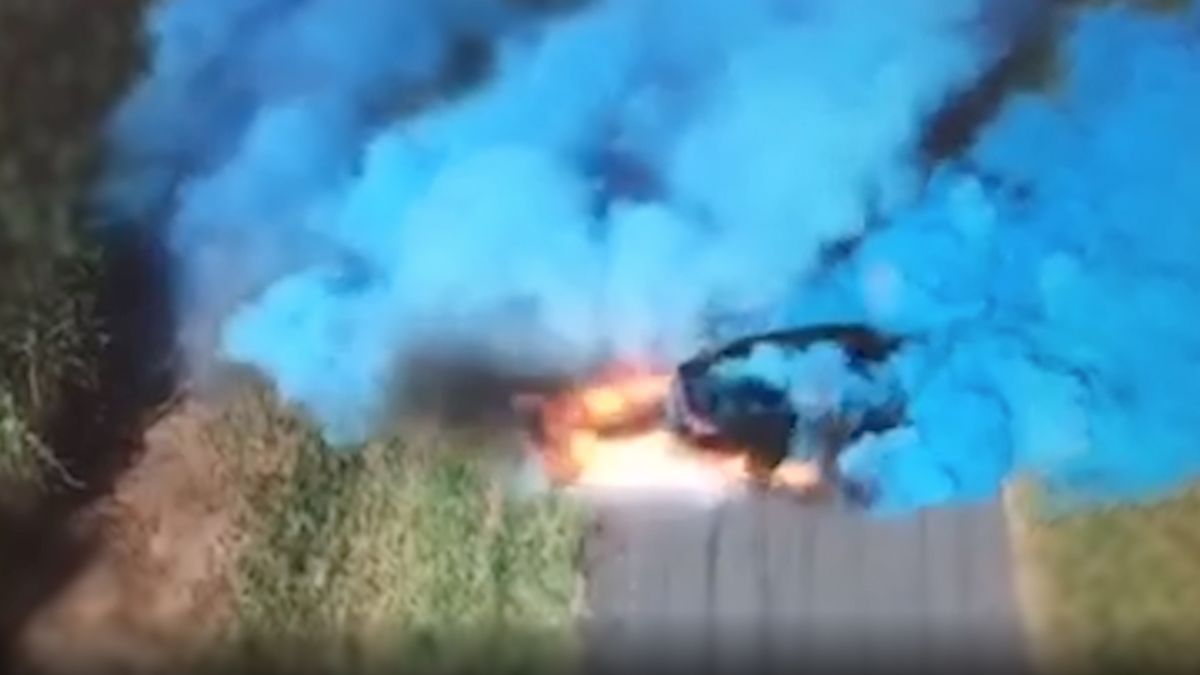 It was blowing blue smoke when it suddenly exploded.

Not really sure how people coped when they announced their pregnancies in the past without gender reveal parties because they’re fast becoming the most anticipated event of the year for a load of people out there – unless the go wrong of course.

It seems like whilst gender reveal parties might undoubtedly be a lot of fun, the fact is that they also look like they could be really dangerous as well. The latest mishap comes from Australia’s Gold Coast where a car emitting blue smoke – to indicate that the baby would be a boy – instead decided to burn out and catch fire, ultimately rendering it a write off.

Probably worth it though because just look at all the cool blue smoke in this drone footage. Really must have blown the assembled crowd of about five people away, right?

What a joke. Love the way that the drone just keeps filming it and getting better angles of it though. Truly masterful camerawork.

A 29 year old man was later arrested and convicted of dangerous operation of a motor vehicle. I’m sure little Brett is gonna really enjoy his father not having a car for the first few months of his life, or not being able to pay for his toys when he’s a kid because he blew all his money on paying his bail after he blew up his car. Great start in life that. At least we had this sick gender reveal though hey?

For more of the same, check out this transgender teen having a penis farewell party. At least nobody got blown up at that one.