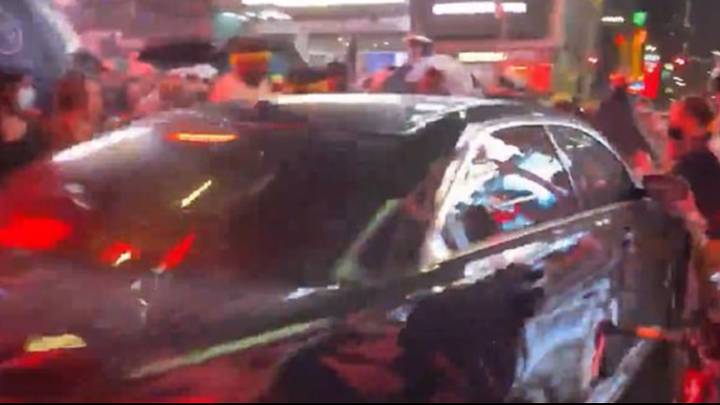 The video that was released the other day of a black man named Daniel Prude being suffocated at the hands of police has inspired another wave of Black Lives Matter protests over in America and obviously this has promoted a backlash amongst some sections of the population with one particular incident in New York standing out for its craziness.

Protesters had gathered in Times Square yesterday night to protest Prude’s death, when a black Taurus sedan decided to drive through the crowd causing mass panic. The footage was uploaded onto social media and can be seen below:

The New York Police Department is investigating after a car was driven into a crowd of Black Lives Matter protesters in New York.

For more news from the US, click here: https://t.co/CmpvOwCFPF pic.twitter.com/xNnvEEN3TV

OK that isn’t as bad as it initially sounds from the headline, but there’s no way that the guy driving should be doing that and there’s every possibility that people in the crowd could have been seriously hurt from his actions. The NYPD are saying that they’re aware of the incident and are investigating it, so hopefully the driver will be brought to justice soon and face the consequences of his actions – some people are saying that he was a pro Trump counter protester.

For more of the same, check out this supercut of far right football lads being beaten up by Black Lives Matter supporters. Only a couple of months ago.