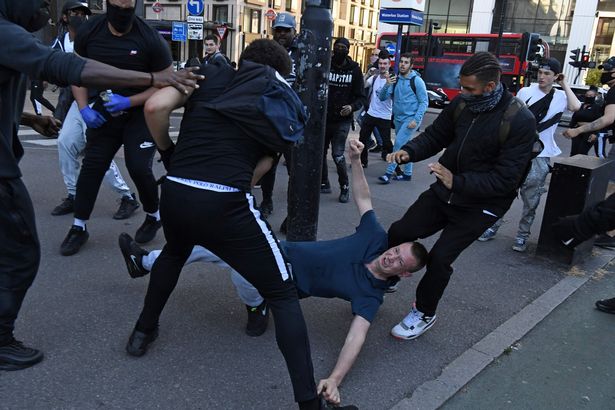 Absolute scenes in London on the weekend.

Gonna start this off by saying that there have clearly been idiots on both sides of the London protests these past couple weeks – with a minority of so-called BLM supporters attacking police and wreaking havoc last week, and a minority of so-called patriots turning up this past weekend to give Nazi salutes and also attack police. Plenty of footage of all these incidents.

So yeah, there’s always going to be people who turn up to these things with the sole purpose of starting fights and raising hell. That didn’t turn out too great for some of Tommy Robinson’s ‘football lads’ over Saturday and Sunday:

Ouch. Aside from the first clip which just seemed like two men squaring up and one coming out the victor, it’s never nice to see anyone getting ganged up on like that and beaten mercilessly so it’s a good thing there have been no reports of serious injuries or worse. Looks like the police actually put some effort into breaking up the fights this week rather than running away like cowards last week.

Of course – shout out to Patrick Hutchinson, the British hero who rescued one of the men from a far worse fate and went viral in the process: 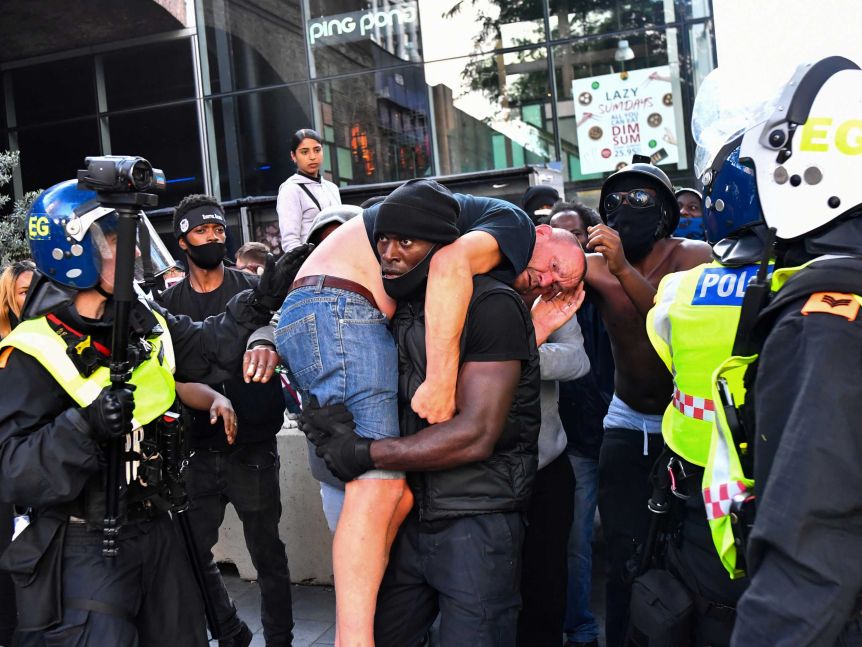 Here he is discussing the incident on TV afterwards:

The hero of London has spoken, notice he doesn’t mention race once, the racial narrative of what is being pushed worldwide is by unnatural people playing divide and conquer, read between the lines.

Could do with a few more like him. Let’s hope we’ve seen the worst of the BLM/patriot marches in London although I can’t help but think it will continue until lockdown is properly lifted and everyone can get back to some semblance of normal life.

To watch a BLM protester over in the States get crushed by a massive statue he helped pull down, click HERE. Whoops.