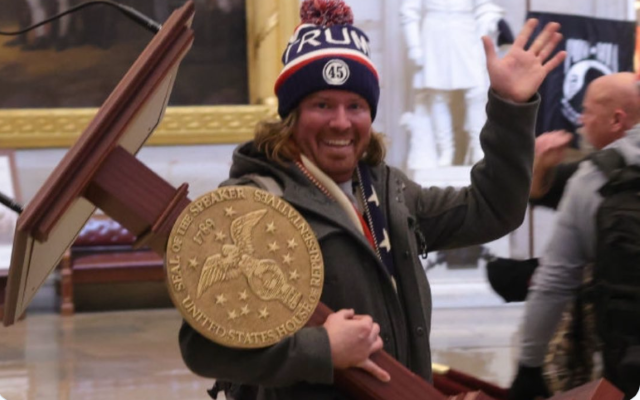 As we saw yesterday, the Capitol building in Washington came under siege from inbred-looking Trump supporters who bypassed security, stormed inside and caused all sorts of chaos and damage.

One image destined to live on forever is that of a man stealing a podium and walking away with it, while cheerfully waving at the camera.

The photo was shared on Twitter by journalist  Ryan Lizza, who captioned it: “Via Getty, one the rioters steals a podium from the Capitol.”

Via Getty, one the rioters steals a podium from the Capitol pic.twitter.com/V4spojl40q

To be clear, “via Getty” is not a person. It just means that this photo comes via Getty Images. https://t.co/SZY4yQ0AlI

Because people are stupid, many on Twitter literally thought the protester’s name was ‘Via Getty’, although you’d think anyone who has spent more than 5 minutes on the internet would know that ‘via Getty’ is in reference to Getty Images, who own the photo.

A little bit of humour…

Some people on Twitter think “Via Getty” is the name of a protester as opposed to an acknowledgment that Getty Images own the photos showing the protests… 🙈 pic.twitter.com/s8skXbV95n 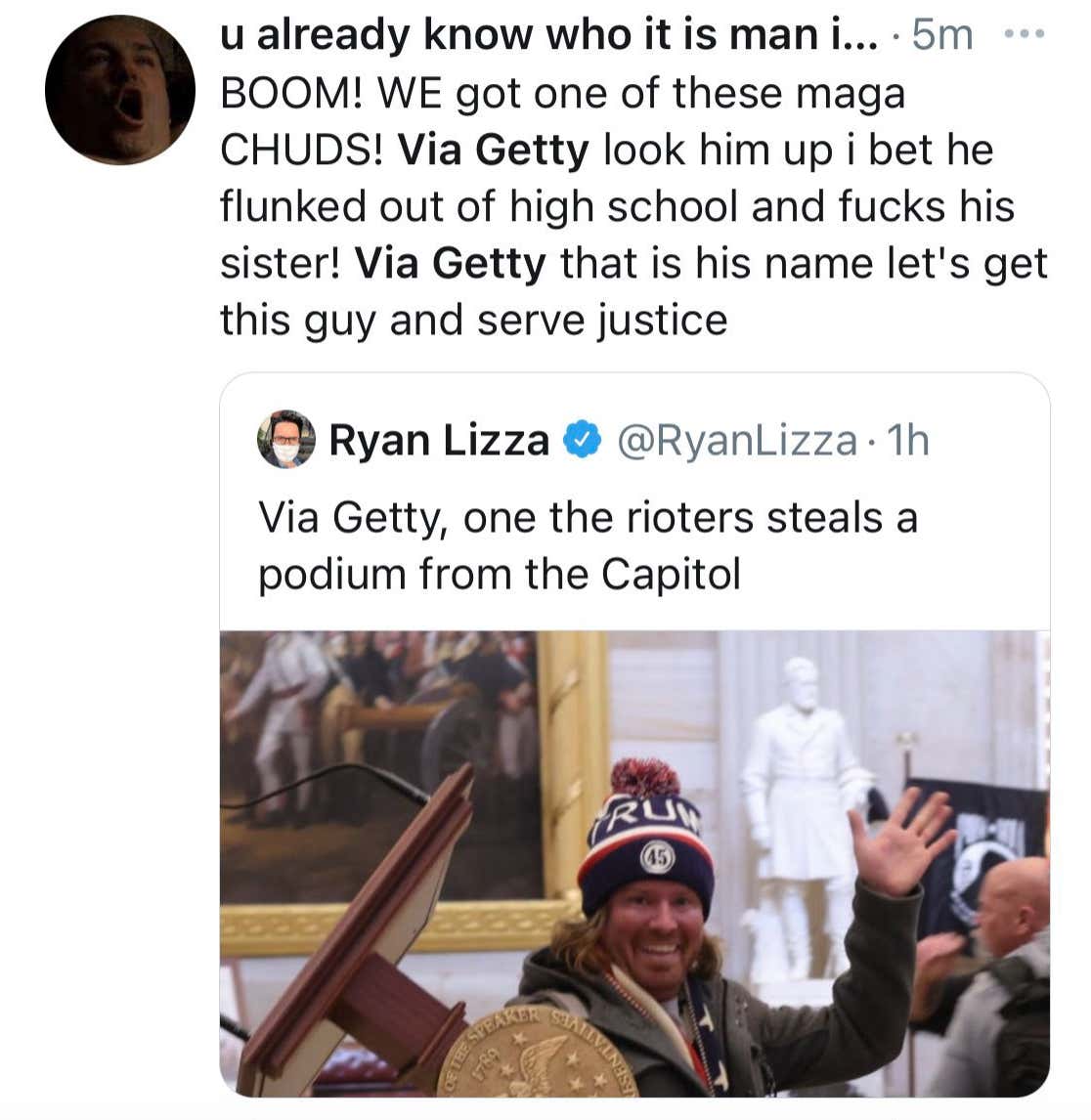 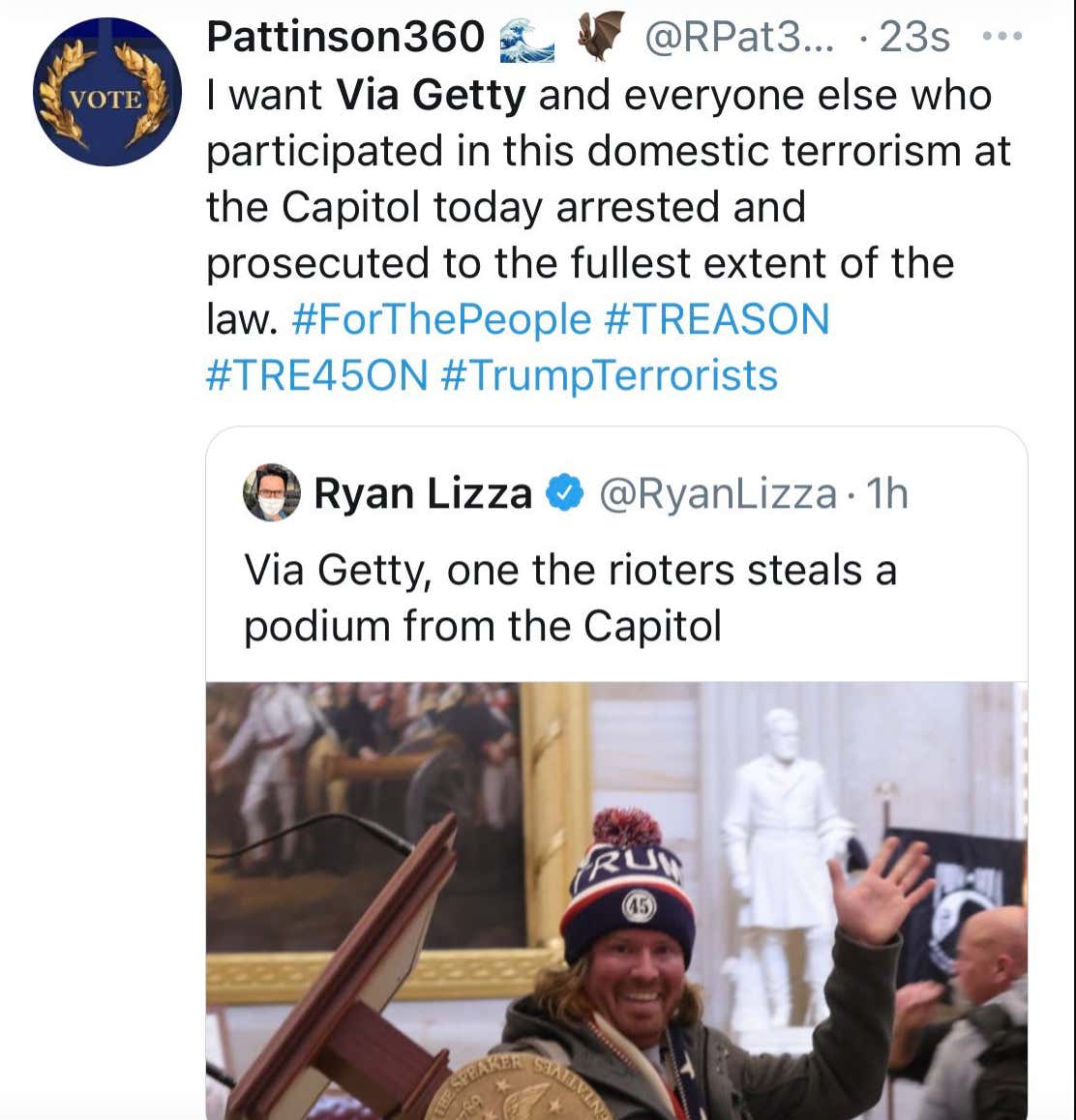 Amazing. Just amazing. I know everyone is entitled to their opinion and political take but it really makes you wonder whose opinion you should be taking seriously when there’s people out there who think VIA GETTY is the name of one of the protestors who stormed Capitol Hill. Yes, they actually believe his first name is Via, and his last name is Getty. Incredible!

Yeah OK it was a bit of a weird move from the journalist to begin his post by crediting the photo source (who does that?), so I’m not sure whether even he knew what Via Getty meant, despite his clarification later. The funniest Tweet though is @mastojiratak’s asking “What kind of name is Via Getty?”. Exactly, bud! And then you’ve got this Eddie Robson bloke with his blue checkmark calling for the arrest of ‘Via Getty’! How are these people even allowed to Tweet their thoughts on complex political issues, let alone vote? It’s just a frightening level of stupidity.

Turns out anyway that the man’s name is Adam Johnson and he wasn’t too hard to track down: 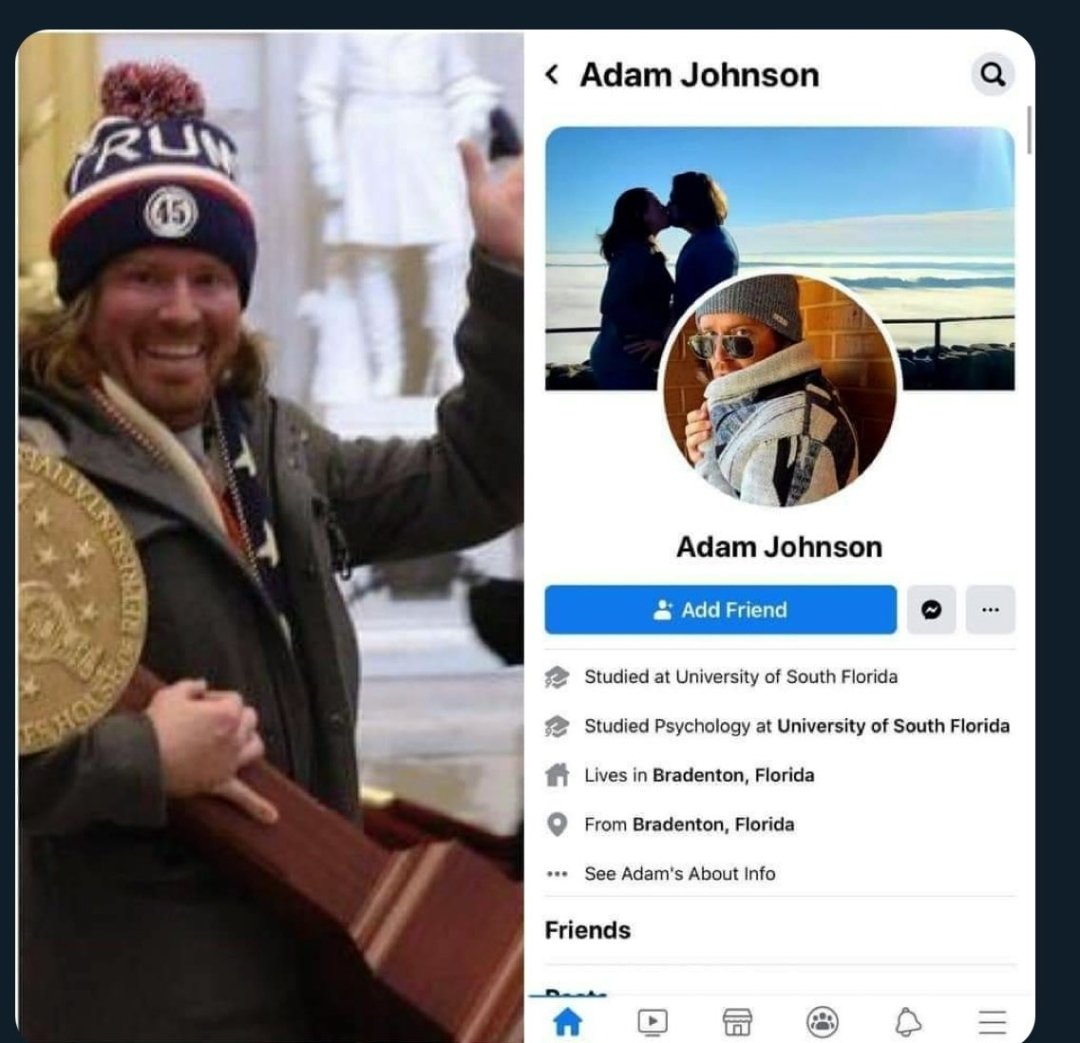 In any case, an embarrassing day for America. Although they’ve been embarrassing themselves for the last four years as least, if we’re being honest. Anyway, gotta go. I have to join the manhunt for ‘Via Reuters’ who was also in Washington last night. Get him!

For the craziest videos that came out of last night’s carnage, click HERE.