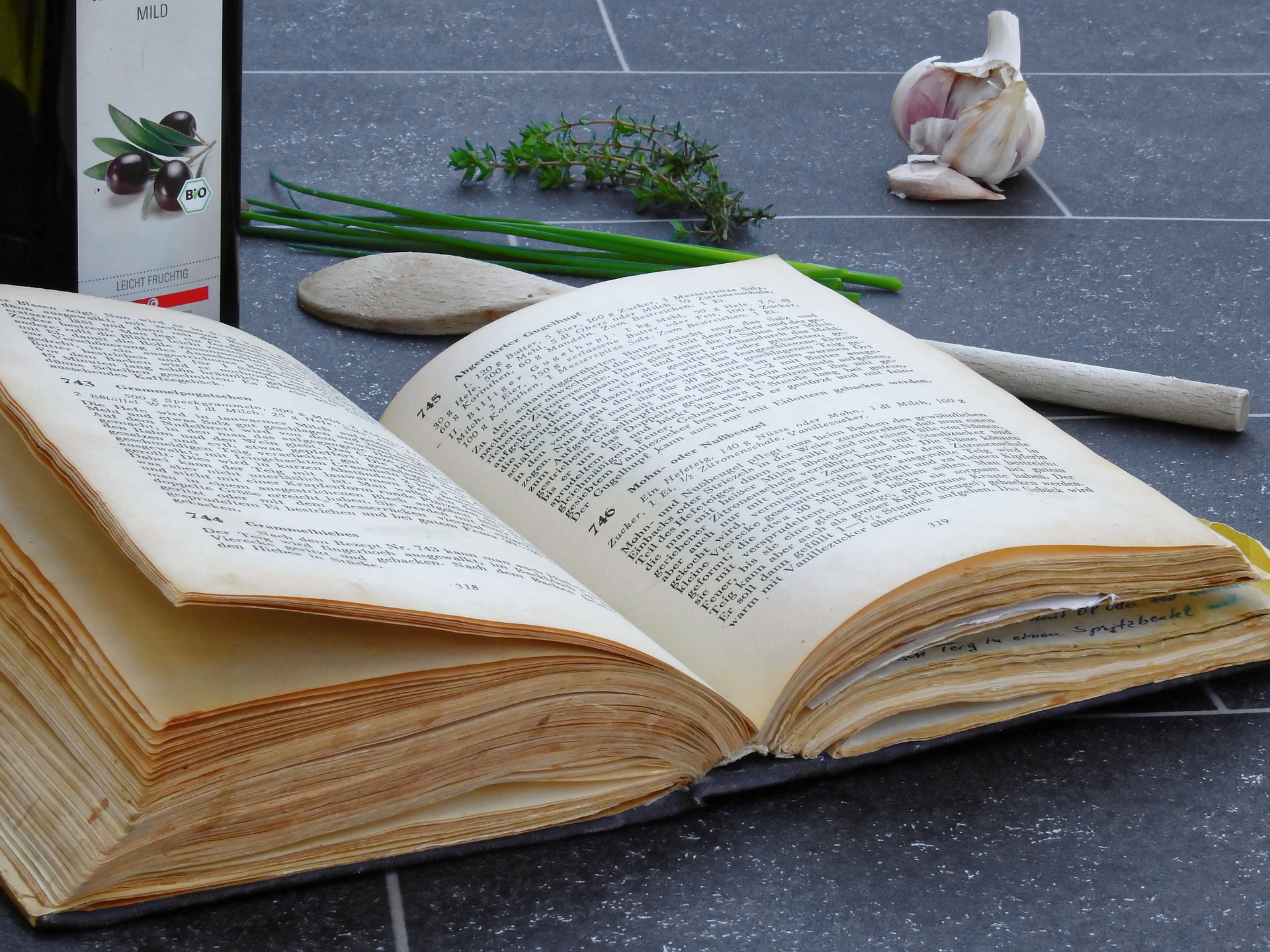 Recipes and cooking tips from 5 different cannibals around the world.

Cannibalism is undisputedly one of the oldest taboos and amazingly isn’t technically against the law in many countries, including the UK and USA.

As we’re human and love morbid curiosity, we tend to have a sick fascination with trying to understand what could possibly compel someone to consume the flesh of one of their own. Sometimes it is cases of extreme desperation that can lead people to resort to cannibalism as a last resort: such as the case of Uruguayan Air Force Flight 571 in 1972, whose passengers were stranded in the Andes and had to resort to cannibalism to survive as depicted in the movie Alive.

Then we also have those who are cannibals by choice. Those individuals who actually relish chowing down on human flesh. Don’t really know why anyone would find that an attractive proposition, but if we were to throw our ethics out of the door and become cannibals; how does one prepare a human?

You probably don’t have a clue and neither do I, but thankfully some of your friendly neighbourhood cannibals have created some recipes and provided advice for such an occasion. 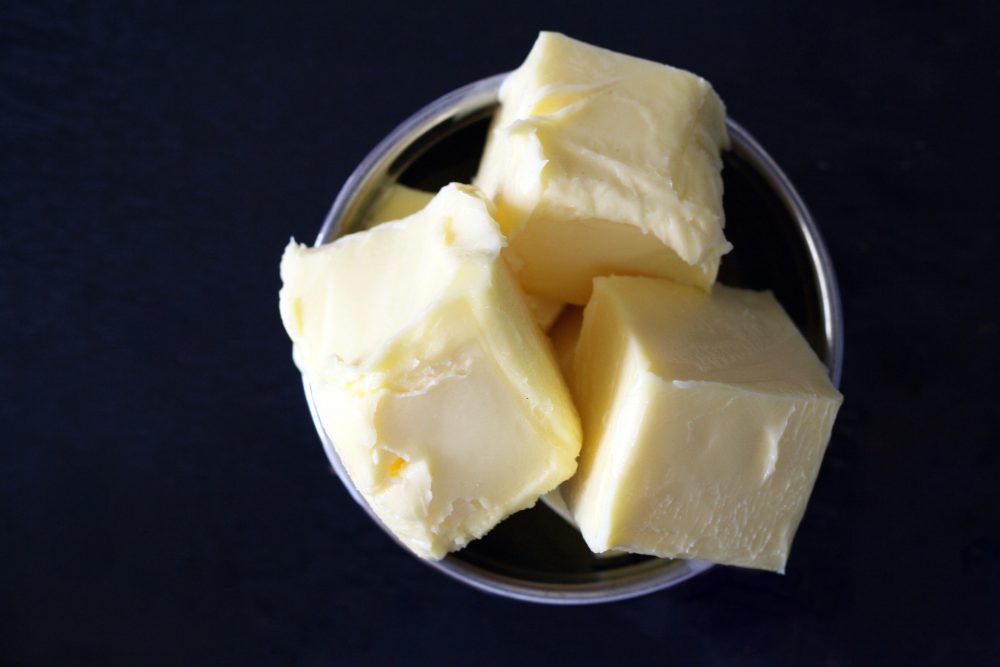 Peter Bryan was a long-term patient in a maximum security psychiatric hospital for the brutal slaying of a 20-year-old woman in 1993 with a hammer. He was eventually moved to another hospital nine years later and was allowed to leave the hospital unsupervised. This decision would turn out to be fatal, as within a matter of hours of his release Bryan had beaten 43-year-old Brian Cherry to death with a hammer. Possibly because he spelled it with an I instead of a Y.

By the time the police rocked up, Bryan had hacked off Cherry’s arms and right leg and they found bits of his brain in a frying pan on the stove. Bryan explained that he had cooked the brain in margarine and that it tasted ‘really nice’. And although the cooking method wasn’t shared, he did say that the sampled meat from Cherry’s arms and legs tasted much like chicken.

Once back in a psychiatric hospital Bryan murdered another patient in 2004 but said that unfortunately he didn’t have time to cook him. Bummer. 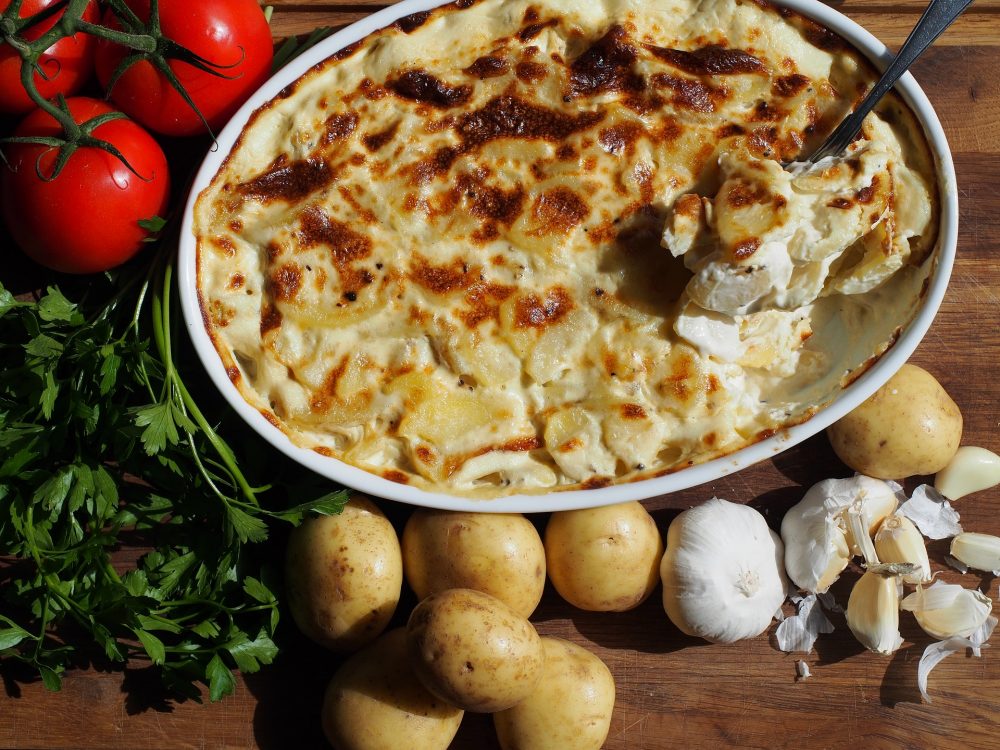 Alexander Selvik Wengshoel was a 21-year-old art student, who in 2010 had his hip replaced due to a birth defect. He asked the doctor to let him keep the removed hip bone after the procedure because why not?

The doctor obliged and Wengshoel planned to interpret the bone into his art somehow. In preparation, he popped the hip bone into some boiling water – presumably to clean it ready for his art project. It must have smelled pretty good though as he decided to scrape some of the remaining flesh off the bone. Not wanting to miss the bizarre opportunity, he gave the meat a taste which-  just like Peter Bryan above – he described as ‘really nice’.

This clearly wet Wengshoel’s appetite as he then went the whole hog and made a full-on meal out of the bits of flesh. Unfortunately it only amounted to an appetiser with what was left on the bone but beggars can’t be choosers hey?

He served this dish with a side of potato au gratin and a glass of wine. Classy. Regarding the flavour, Wengshoel said the following:

It had this flavour of wild sheep, if you take a sheep that goes in the mountains and eats mushrooms.

At least he was only eating himself – very considerate of him. Unlike most of the psychos on this list, although perhaps even weirder when you think about it.

3. Barbecued Not So Spare Ribs 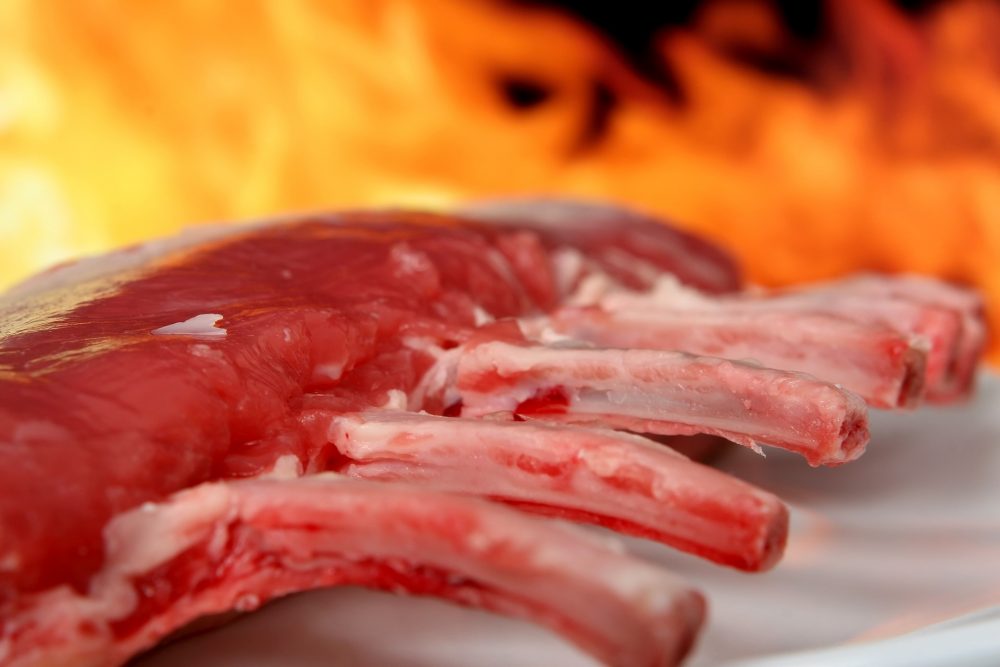 Omaima Nelson married 56-year-old William Nelson in 1991 after moving to the USA to pursue her dream of becoming a model. Nelson accused her husband of beating and raping her before she snapped and murdered him three weeks into their marriage. Till death do us part.

Following the murder, Nelson first dismembered his body and then fried his hands and boiled his head before removing his ribs. She these ribs in barbecue sauce and then cooked them.

OK then. I suppose the main takeaway here is that lots of existing human recipes can be turned into a cannibal recipe simply by swapping out the existing meat with a bit of person instead. Revolutionary.

4. Penis Cooked In A Pan 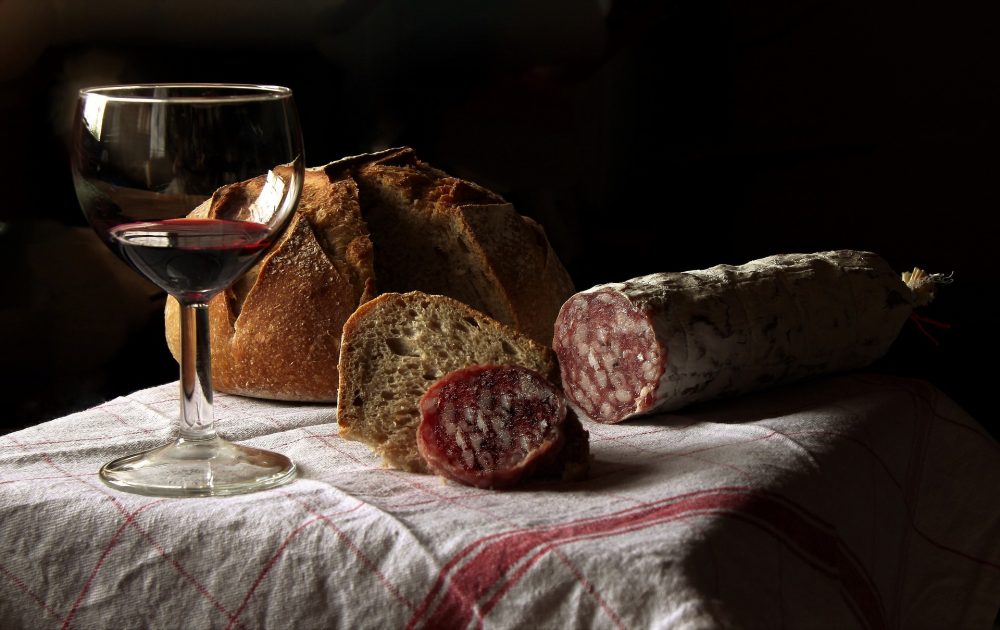 Armin Meiwes hit headlines back in 2001 when he posted a classified ad on the ‘Cannibal Café’ website, ‘looking for a well-built 18 to 30-year-old to be slaughtered and then consumed’. On 9th March, Bernd Jurgen Armando Brandes travelled from Berlin to Rotenburg after being the only person who didn’t back out after responding to the ad.

They started the evening by having sex. Brandes then consumed twenty sleeping pills and half a bottle of schnapps before lying in the bathtub. With a video camera recording the event, Meiwes proceeded to chop off Brandes’ penis with a knife after failing to bite it off.

When preparing the penis Meiwes opted to cook it in a pan with salt, pepper, wine, garlic and some of Brandes’ own fat. Unfortunately, we won’t get to find out what this tasted like as Meiwes ended up burning the penis and instead fed it to his dog. What a buzzkill.

Brandes was well up for eating himself with Meiwes but he only got one bite in before becoming too weak from blood loss. Meiwes drew Brandes a bath and left him to fall unconscious before stabbing him in the throat and hanging him on a meat hook.

Authorities claim Meiwes ate 44 pounds of human steak and mince over the following ten months. Meiwes said he sauteed the steak with salt, pepper, nutmeg, and garlic which he combined with princess croquettes and brussel sprouts, finished with a green pepper sauce. To wet the palette, he preferred a glass of South African red wine.

When asked what he thought of the meat, he described it as tasting a bit stronger than pork and slightly bitter and that it was a bit tough, but otherwise quite good. Kinda makes you wonder why he ate so much of it when he wasn’t that into it hey?

In 2004 Meiwes was convicted of manslaughter and given eight and a half years in prison. However, in 2005 Meiwes was re-tried for murder and in 2006, sentenced to life in prison. Probably makes sense.

When admitting the murder and cannibalism, Meiwes claimed it was an act of sexual pleasure. But at least he also said he regrets his actions so hopefully he won’t go trying to eat anyone in prison.

In fact, he has since become a vegetarian. Didn’t see that coming. 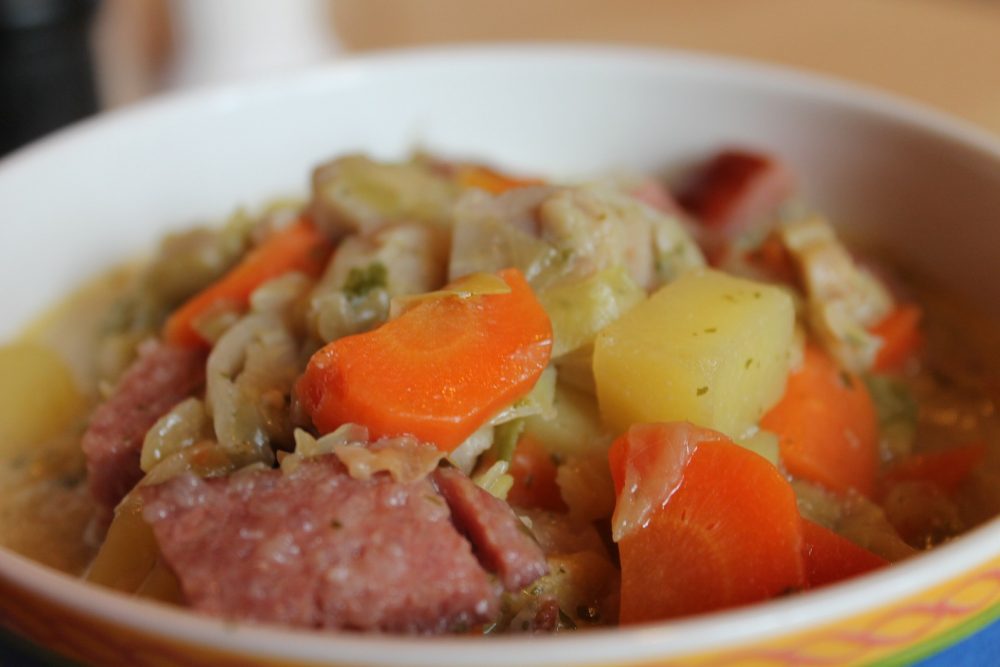 Back in 2005, a blog popped up by an author proclaiming to be, ‘nineteen, female, Canadian and a cannibal’. cannibalgourmet explains, ‘I enjoy the idea of someone giving themselves to me, so that I can consume them. But I have no interest in causing my meal pain or death.’

If you were wondering if cannibalgourmet has eaten a human before, she goes on to say:

I have so far only partaking [sic] in one ‘cannibal feast’.”

The man from the feast is alive and well

I used a tourniquet to stop the blood flow to his leg before I amputated it.

We roasted some of his meat over an open fire and shared it.

The rest I took home to eat myself.

cannibalgourmet provides three recipes on the blog as well as information on how best to slaughter your meal and there’s even a handy Cannibal Dictionary for you to learn all the lingo.

Here’s the first of the recipes to give you a taste;

Boil over medium heat the meat and potatoes in half the water till meat turns grey. Then skim off fat before adding onion. Thoroughly mix flour, gravy browner and the rest of the water before adding it to the stewpot at this time (if its to [sic] thick add more water). Add salt and pepper to taste and add the rest of the vegetables and turn the temperature to low. The stew will be done in about two hours or until all the vegetables are tender.”

There is also a recipe for Black Pudding requiring;2 litres of fresh blood and minced kidney and liver. A recipe for Long Pig Pork rinds is also provided. Long pig – if you’ve not brushed up on the lingo – means ‘an adult meal’ and the main ingredient for this dish is skin. Yummy.

Ever the helpful cannibal, we are then given some handy tips for cooking with human meat:

Human breasts, contrary to popular belief are not very appetizing.

They are about 90% fat and the rest is made of lymph nodes, veins, skin and other gristle.

Delightful. We don’t want to go wasting anything though, so cannibalgourmet goes on to advise on some alternatives for the breasts, namely, using the fat to create cooking grease or even lube. Shudders.

Finally cannibalgourmet leaves us with three things to remember:

human meat can be tough so its best cooked slowly at a low temperature.

human meat has a bit of a gamey taste and may clash with some recipes and human meat (especially from females) has an unusually high fat content so there is less need for basting but more need for skimming.

Excellent. The author claims to have never killed anyone during her pursuit of human meat and provides us with a reminder that she’s not technically breaking the law. Definitely believe her.

I don’t know about you, but I don’t think I’ll be eating any meat for a few hours after all that. I really hope I never end up in a human-eat-human scenario but if it did ever come down to that at least we have some serving suggestions to make the best of a bad situation. Bon appetit.

For more cannibals, remember the 21 year old cannibal who ate his lover’s brain?