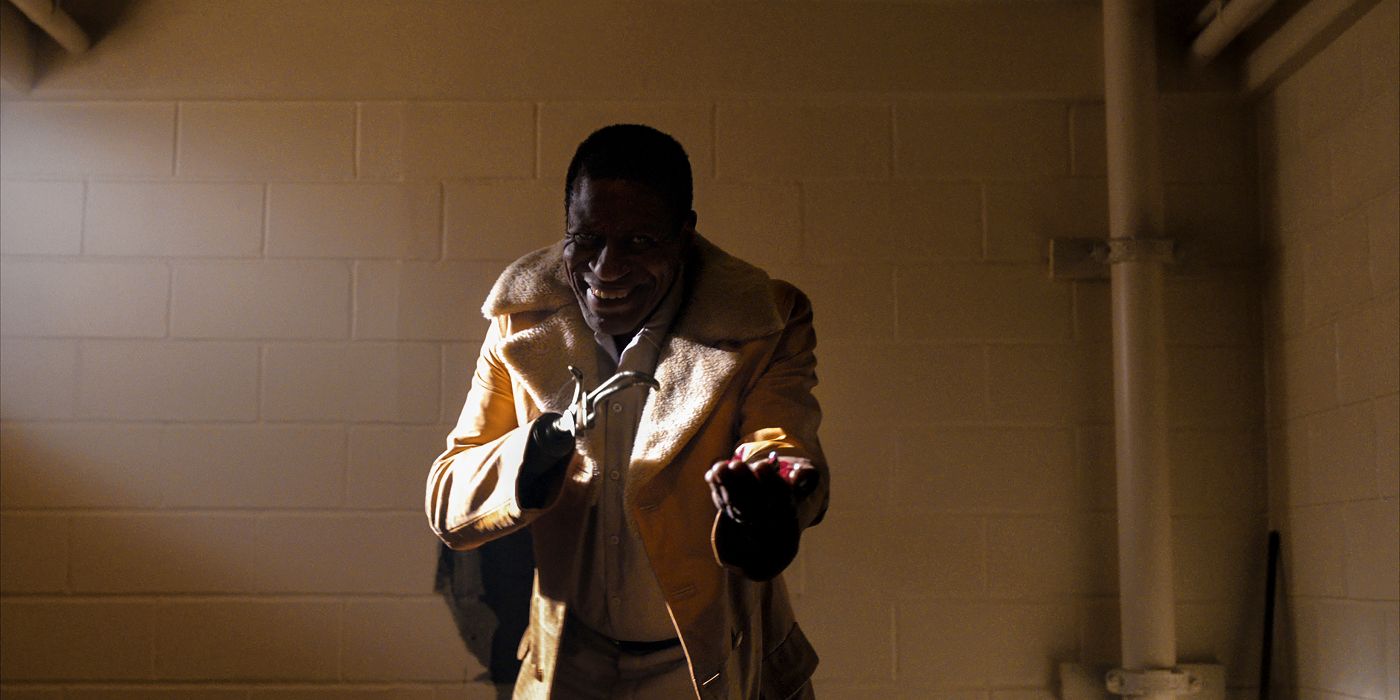 Do you have the guts to say his name?

Anyone who likes horror movies or who grew up in the 90s and remembers ‘Candyman’ as one of the scariest movies of all time has been hyped for the Jordan Peele produced reboot ever since it was announced, but I’m not sure if anyone was ready for what you would have to do to witness the final trailer.

If you know the basic ‘Candyman’ lore, then you’ll know that if you say his name five times then he’ll either appear behind you and kill you or stalk you for a bit before turning up and killing you, and back when you were ten years old that was some scaryass shit. I think whoever does the marketing fully realises this, which is why they’re asking you to say ‘Candyman’ five times into your computer mic in order to access the final trailer.

If that wasn’t scary enough, then the screen also swarms with bees every time you say his name. Thankfully, I haven’t had to go through with that and found this one calling itself ‘the final trailer’ on YouTube and just watched that instead. It looks like it’s different to the other ones I’ve seen, but it is foreign so maybe that has something to do with it:

Oh no – that looks well scary and it also has that ‘epic’ quality that you can only get from a trailer that’s playing some weird goth version of a famous pop song, this time in the form of Destiny’s Child’s ‘Say My Name’. It’s out this Friday so don’t even have long to wait to see if this iteration of ‘Candyman’ scares me as much as the original did all those years ago.

For more of the same, check out the trailer to ‘Halloween Kills’ as well. That looks like it’s going to be completely sick too.