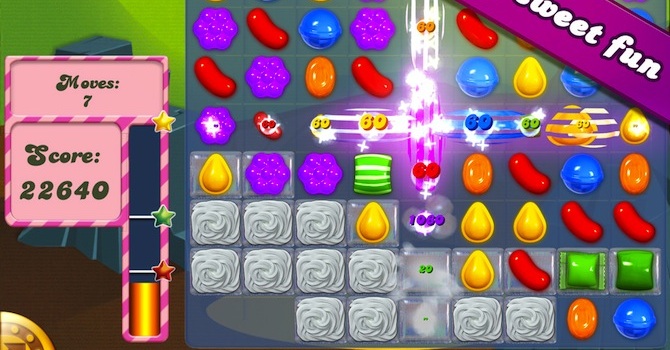 So you’ve downloaded Candy Crush Saga but you’ve run out of lives. What you gonna do?

Candy Crush Saga is the crack cocaine of app games.

At first I was skeptical about downloading the game that everyone’s been hooked on for the last year. I always see stories on my Facebook news feed about how someone’s just scored 140,000 in their latest game or about how someone else needs more lives. I’ve always thought: ‘you sad twats, get a life, get off Candy Crush Saga and do something useful.’

Until I downloaded it.

I was hungover and baked last weekend, which is a dangerous combo for getting anything done. I was flicking through the Apple App Store looking for a new game to waste the next 6 hours with when Candy Crush Saga appeared. I thought sure, why not? Let’s give it a try. I was convinced that it would be a Bejeweled kind of game, which was always fun but never addictive. And then I played it and realised the true addictive powers this game holds.

â˜› Read Next: Be Prepared To Be Blown Away As ‘Watch_Dogs’ Raises The Bar For Sandbox Type Video Games

Throughout the game you get power ups that let you clear loads of the candy at once, and when that happens you progress towards your end goal and eventually to the next level. When these power ups happen it’s like getting on the Deal or No Deal feature board when playing a Deal or No Deal fruit machine. It releases a shot of dopamine and triggers the reward part of the brain. When you don’t finish the task set upon you on any given level on Candy Crush Saga you lose a life. When you lose your 5 lives you have to wait 30 minutes to get one back. Now this doesn’t sound that bad does it? Just put the phone down, go and do something else and come back in 30 minutes. If only it was that easy. You just NEED to get that next ‘5 candy in a row’ power up and blast through whatever level you’re stuck on (probably level 29) and get another shot of dopamine that you oh so crave. Maybe it’s my addictive personality or maybe the app developers of Candy Crush Saga have figured out how to get their players hooked.

So what you gonna do? You’re going to cheat, of course. Hit NEXT below to reveal the secret way of refilling your lives on Candy Crush.