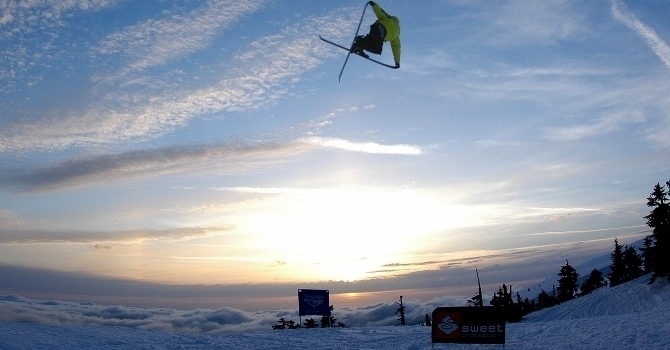 Candide Thovex is a sick French skiier who shows us his awesome moves through a helmet-cam. That is, until he gets busted by the cops for landing a jump over their car.

Skiing is pretty boss and it’s one of those sports that takes an age to master and become pro at. You also need a pair of hefty balls to take to the slopes because the whole thing takes guts, stamina and patience; one wrong move and you’ll be sliding through the snow at a pretty fast pace, a pace that’s hard to control, and your arse will be soaking and numb with the wet and cold of the snow and no-one likes their arse-cheeks to feel like a pair of frozen chicken thighs. Plus, you’ll be free-falling down the slope with your skiing equipment flying about everywhere which ain’t good as you could stick your skiing poles into someone’s eyes and the skis themselves could get stuck in some rut or hole and fling back and break your legs or stick into your head or chop someone’s arms off. Shit like that’s not good. You don’t wanna end up in prison for killing someone with a pair of skis. That sorta story belongs in Russia.

â˜› Russia At Its Best: The Ultimate Meanwhile In Russia Video

I dunno how many of you have actually been skiing, but for those of you who have, you’ll probably agree that even though it’s a bitch to master it’s really fun and great when you see someone fall or see someone pussying out and stepping down the slope rather than actually skiing as when you see someone walking with skis on, it looks like they’ve shit themselves. It’s even better if they’re old as it just doesn’t look right when you see an oldie on the slope, as they basically just stand around and stare at the snow, pretending to be really interested in the texture and shape as if they’re some snow experts, when in actuality, their only expertise is telling us how shit our generation is. Smoke one before you go out on the slope and you’ll know where I’m coming from, they’re everywhere.

But this guy isn’t one for pussying out on the slopes. His name is Candide Thovex and he’s a French professional skiier, who’s competed, and won, in the X Games and has achieved some absolutely ridiculous things on the slopes, like being the first person to cleanly jump Chad’s Gap, which is a horrendously sick jump that is enough to make the most mental of us cower down, weep and die. 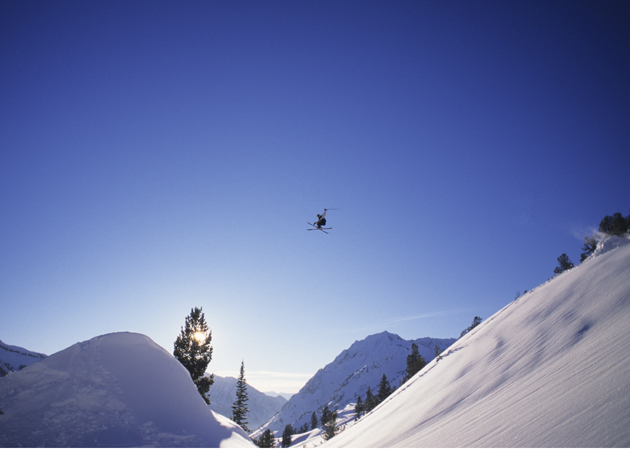 Thovex is also known for his completely putrid ability to nail the hardest of moves. For example, in the 2007 X Games, his run for slopestyle included a switchup, 270 off the flat down box, switch cork 9 mute, switch 630 on and switch cork 10 tail and much more tekkerz skills that are awesome, and if you’re into skiing you’ll know that those moves are insane. And, if you’re not into skiing then you need to check that stuff out right now.

But here’s a video of Thovex ruining the slopes and showing us all how it’s done, all through the medium of a helmet cam. His run is mental and some of the stuff he gets up to makes you quiver in jealousy and really makes you wanna head to the nearest slope and nail it dead. The video shows the dude at his best and you can see all the other slope-goers staring and scurrying out of his way as he destroys his way through the snow. The best bit, though, is at the end when Thovex nears the end of the slope and jumps over a cop car, in true punk style, and the cops chase him down and bust him because they can only dream of being as cool as this guy, one day.