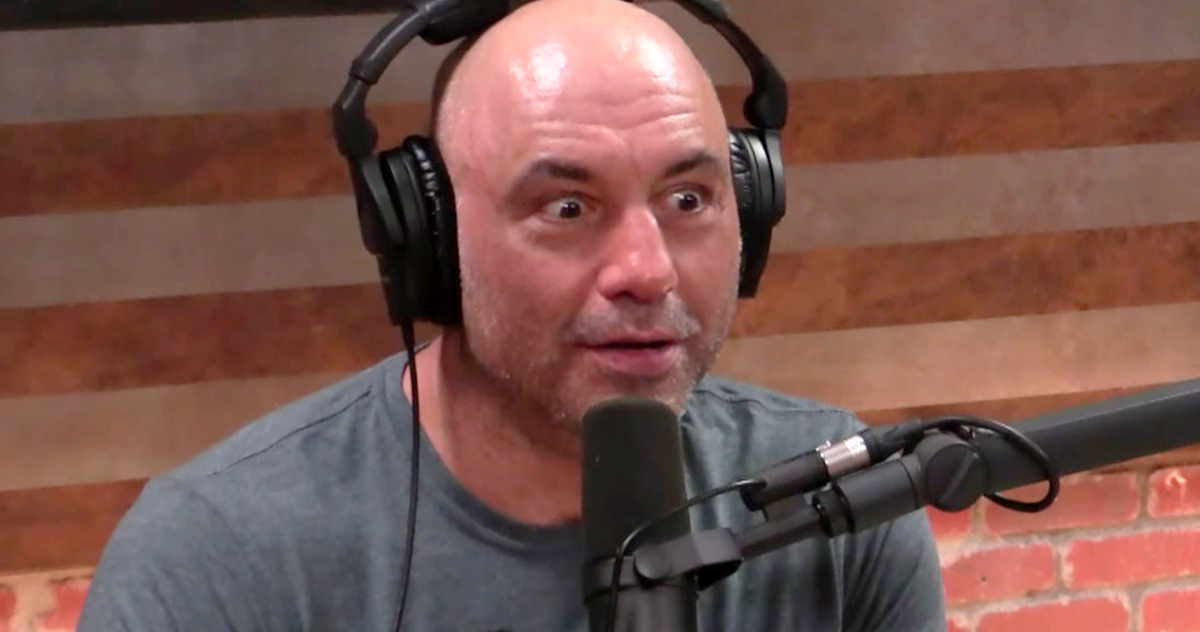 The final boss of cancel culture.

Every so often, a mob gets together on Twitter and tries to ‘cancel’ Joe Rogan, which is pretty much impossible to do but they give it a go anyway.

This time, someone unearthed an old clip of the Joe Rogan Experience from 2011, in which he laughs at his buddy Joey Diaz’s stories of giving female comedians stage time in exchange for blow jobs:

People are also pissed at him for discussing Joe Biden’s mental decline:

Joe Rogan: “The news media … has completely ignored all of these Biden speeches that clearly show some kind of cognitive decline.” #BarelyThereBiden –> https://t.co/Xrc3sEuTPk pic.twitter.com/rmp23BOBUr

And this clip of him criticising aspects of Black Lives Matter:

Now I can’t defend Joe Rogan laughing at his friend’s despicable story but I will say that one of the reasons he’s so popular is because he has an IDGAF attitude and that’s pretty refreshing when every other media outlet out there is always trying to say the right thing and tip-toe around offending people.

Rogan can get away with it though because not only is he mega popular, he’s also his own boss. Which means that even if Spotify pulled that multi-million dollar deal for his podcast, it wouldn’t matter because the guy is already getting over 190 million downloads PER MONTH on his own. And guess what happens every time the Twitter mob goes after him? His numbers just keep going up and up and up.

Here’s some of the latest discussion about the situation on Twitter:

some thoughts on Joe Rogan pic.twitter.com/4PeMWzBhwe

everyone hating on joe rogan looks like this pic.twitter.com/Y75LpyMZ7N

Joe Rogan is the final boss of cancel culture.

Cant cancel someone who doesnt give af. @joerogan

I will never understand the appeal of Joe Rogan.

Like him or not he’s uncancellable and that just winds the haters up even more. On the plus side, they get a bunch of ReTweets and Twitter likes from telling everyone how awful he is. That’s the most important bit right?

For the time people got mad at Joe Rogan for giving his guests coronavirus tests, click HERE. Somehow I don’t think he’s too bothered.