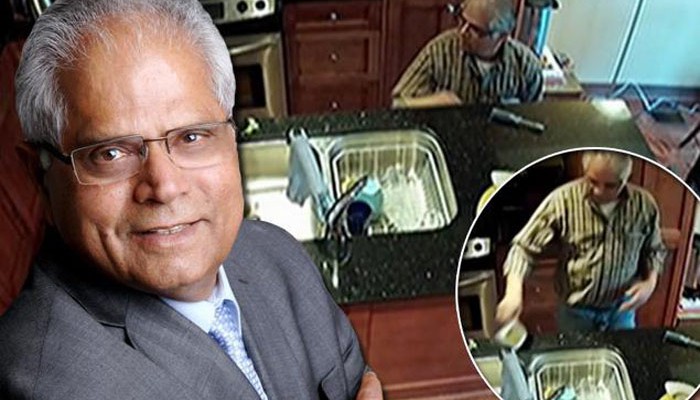 That’s not a very clever way of winning votes.

Before he became a Conservative election candidate over in Canada, politician Jerry Bance worked as a service technician in his hometown of Toronto.

During one outcall to repair a leaky sink at someone’s home, Bance for some reason pulled his dick out and urinated into a lady’s coffee cup before dumping its contents into the sink he was supposed to be fixing. I guess he got a weird rush from pulling something like that off and not getting caught:

I’m sure he never thought this footage from 2012 would come back years later to completely derail his political run — but just goes to show arsehole manoeuvres like this one will catch up with you in the end.

The footage was actually captured as part of a TV show called ‘Marketplace’ — one of those shows that tries to catch out dodgy tradesmen. Someone then tipped off the media that the repair man was actually Jerry Bance on his old day job.

As you might expect, Jerry has now dropped out of the political race.

The footage from that day does not reflect who I am as a professional or a person. I deeply regret my actions on that day.

Just goes to show some people just aren’t cut out for politics. I’m no political expert by any means but pretty sure urinating in some nice old lady’s coffee mug in her own kitchen isn’t going to get you the votes you need. You’d have to be a pretty popular dude to get any votes at all after pulling that one off.

Then again this is the country who had a crackhead as the mayor of Toronto so maybe it’s not too far-fetched to think that Bance would have gone on to win the elections.