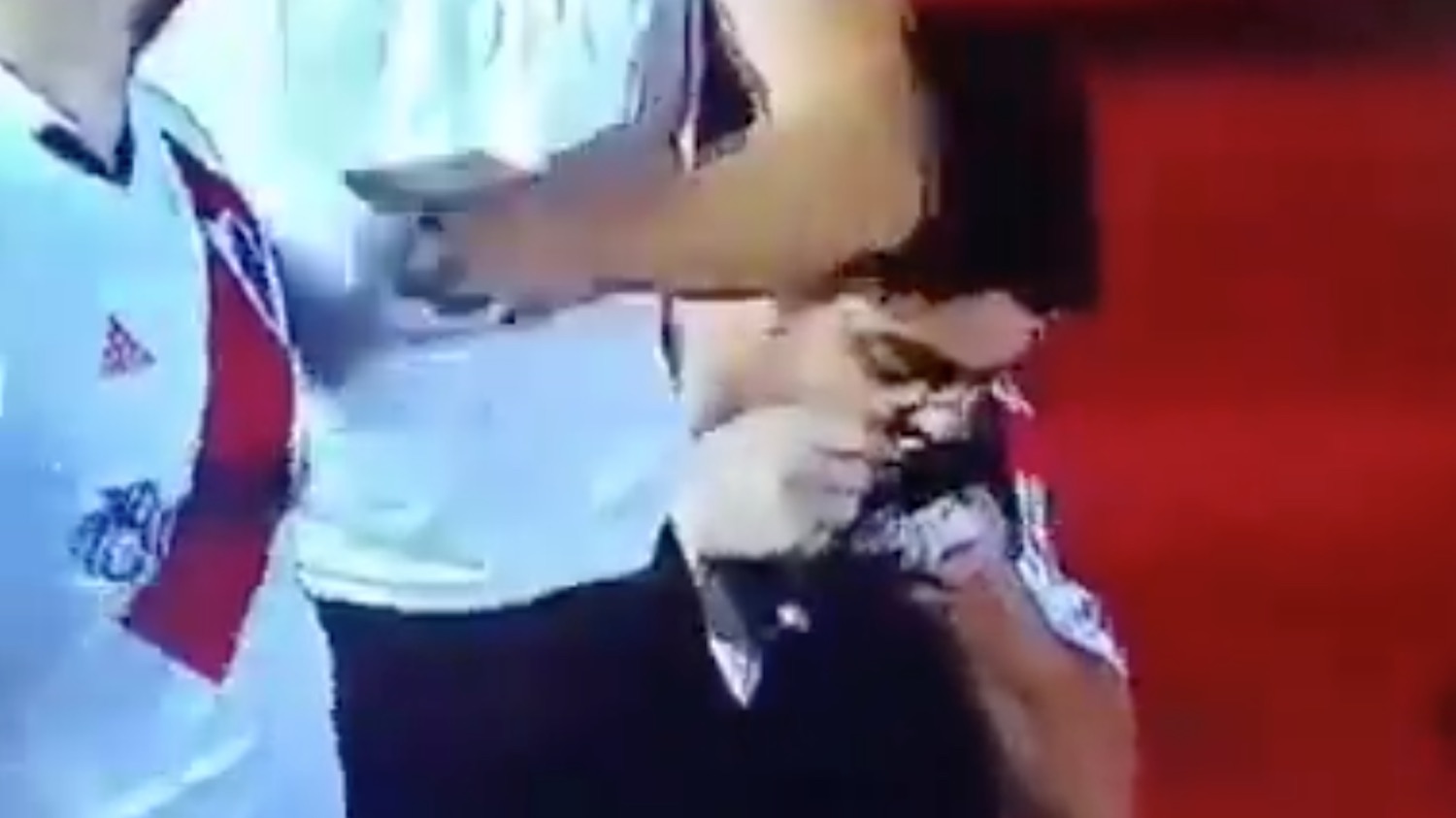 What better way to celebrate.

Going to football matches and supporting a team is loved universally all over the world pretty much, but what’s the best way to celebrate your team winning a game?

Usually people tend to just jump around and sing songs and push each other around a bit in a friendly way, but over in Argentina there’s a new way to commemorate the actions of the boys. We’re at River Plate vs Newell’s Old Boys for this one and the cameras have for some reason decided to focus on a couple of fans applauding when you can quite clearly see one of them snort something off a key.

WHEN THE SKY CAMERAS GO LIVE ON YOU AT THE GAME AND YOUR AN INSTANT STAR..

Lol that’s so blatant it’s hilarious but I suppose if you’re just hanging out at the football match you don’t really expect anyone to be watching you so it’s calm. Shame that he got busted and is no viral all over the world for sniffing blow at a football match, but I guess that’s the risk you take when you do something like that in public. Lol.

Strangely, this seems to be more and more of a trend these days as I’m pretty sure I saw a video of someone doing the same at a Turkish match fairly recently as well. Maybe that’s just how it goes for some people hey?

For more of the same, check out these women who snort cocaine before breakfast to help them stay skinny. Useful.