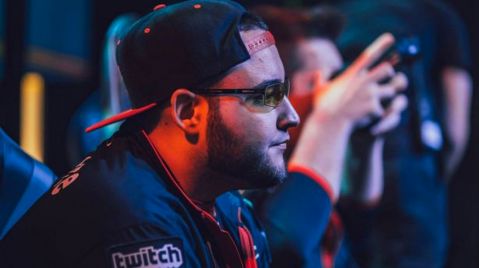 Big scandal going on in the world of e-gaming as Dexerto reports that CoD world champion Christopher ‘Parasite’ Duarte has been kicked from the league for DMing fellow CoD pro Alex ‘Zaptia’ Bonilla’s girlfriend in the middle of a tournament.

In a since-deleted tweet, Zaptius accused Parasite of sending DMs to his girlfriend with the intention of “trying to get with her” in the middle of the CDC tournament. Not ideal when you’re going to war together, I’m sure you’ll agree.  The conflict resulted in Parasite being dropped from the roster, losing his spot in the championship Warzone team.

Parasite has put out a couple Tweets since, owning up to what he did and apologising:

Not proud of all that but it is what it is. Mistakes were made. Wasn’t thinking straight at all. We can only move forward that’s life. If you wanna kick me while I’m down it’s all good. I’ll pick myself back up. Sorry if you lost respect for me I get it.

Kick you while you’re down? Um yeah I’m sure there’s going to be some of that going on any time you try to chat up your teammate’s girlfriend while you’re in the middle of a Call of Duty tournament… where you’re on the same damn team! That’s almost as bad as John Terry banging Wayne Bridge’s wife while they were playing for Chelsea together. Not a great look whatsoever.

Fair play on the apology though – not like he can do much else. Gotta be smarter than to actually end up in this situation the first place though.

For the ‘Naked Challenge’ that girlfriend are trying on their boyfriends while they play COD – often with hilarious results, click HERE.