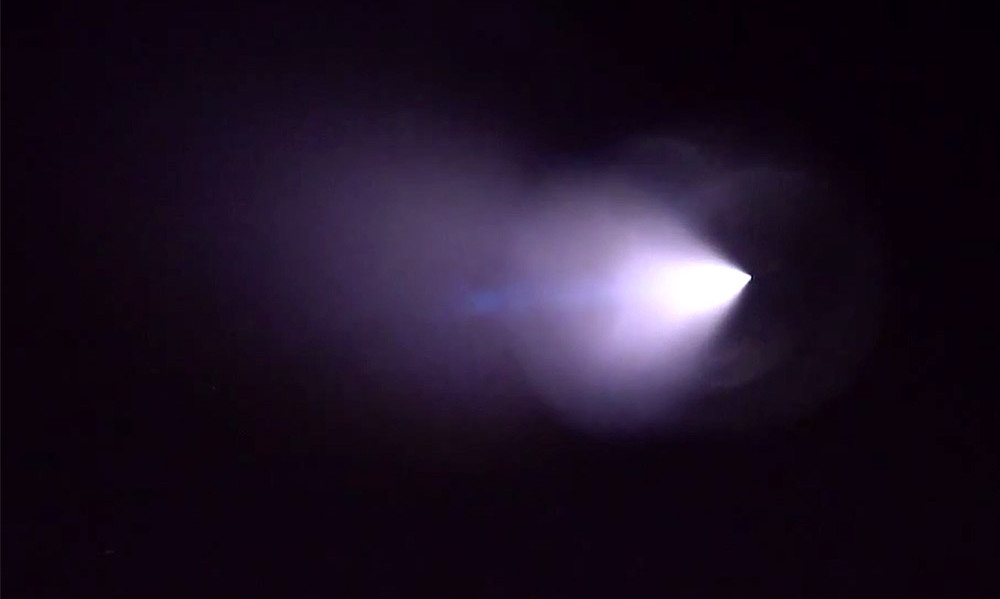 Californians gazing into the night sky were treated to the maddest of spectacles Saturday; seemingly seeing what appeared to be the space time continuum itself glitching out.

See what you make of this, is this real life? Skip to around the 1:19 mark for the thing to straight up explode.

Californian’s were understandably losing their collective shit, here’s some of the best panic posts on Twitter, including a couple from singing sensation Josh Groban:

California coast. DID. ANYONE. ELSE. JUST. SEE. THAT. #ufo

It trailed with a huge bell shaped cloud, then as it continued across the sky it took different paths. pic.twitter.com/0hpE2VJLEi

Anyone else see this #ufo in LA a few moments ago? Whatta Fack pic.twitter.com/7z5kvdv2qm

It turns out everything’s fine, and this isn’t the end of the world as we know it. The Orange County sheriff department confirmed the light was from a naval test fire made off the California coastline.

Media in California confirmed that the light came from an unarmed Trident missile fired from the USS Kentucky navy submarine. So It’s probably not UFOs then. ZZZZ boring.

Still though, feeling a bit paranoid? Check out these UFO files and photos released by the US Air Force to secure that tin foil hat even tighter.