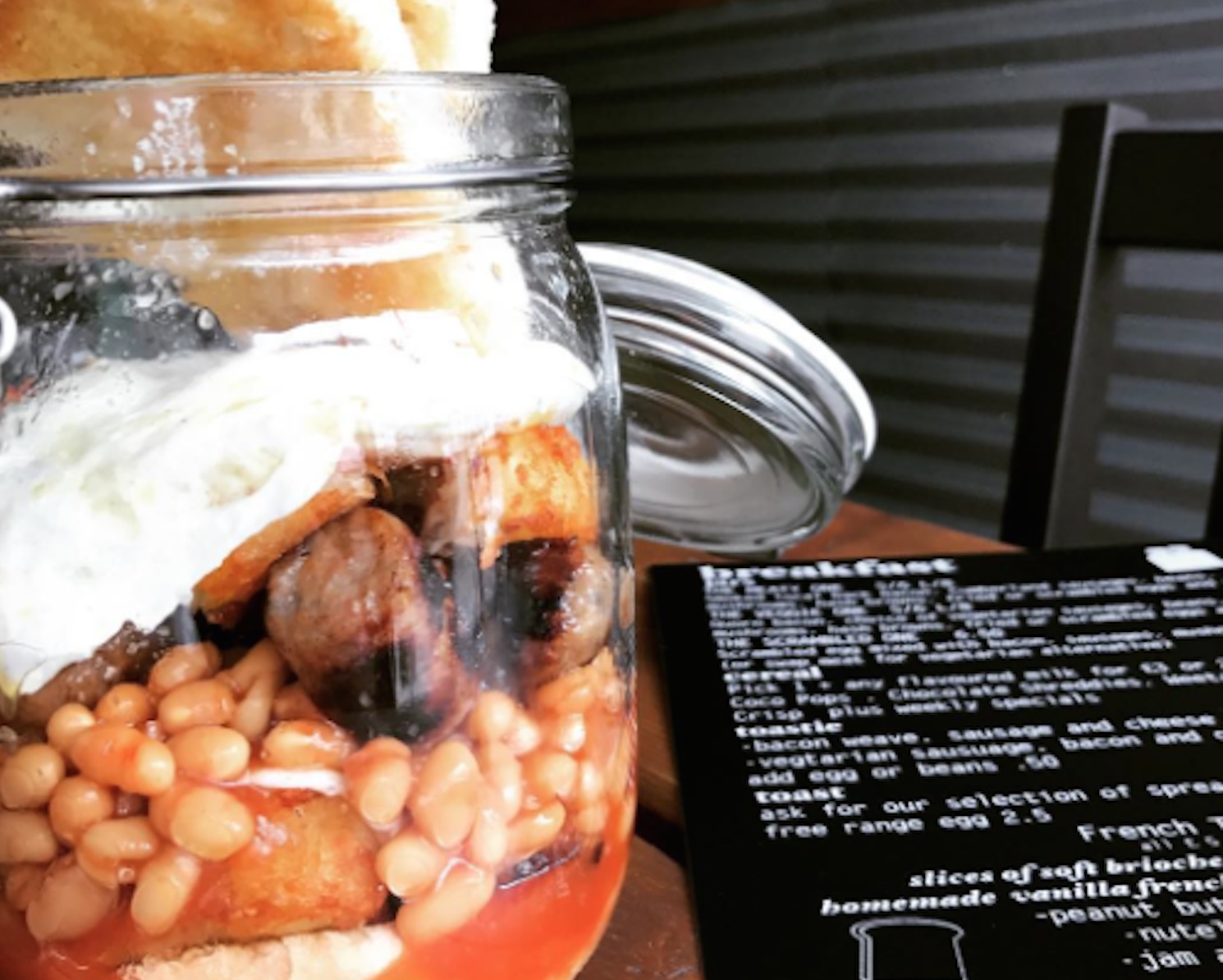 In 2017 at your local hip restaurant, presentation is everything and every eatery is constantly trying to gain the upper hand by presenting their food and drink in the most ridiculous ways possible.

Usually this just involves serving food on a wooden tray or serving drinks in old milk bottles or jars, but Munchies cafe in Cardiff have now taken his way past the point of being a joke. They’ve decided to serve the traditional English fry up – bacon, sausages, eggs, hash browns, beans, mushrooms, the works – not how it’s supposed to be served on a plate in all its glory, but instead inside a weird looking jar.

Check this out and tell me it isn’t all kinds of wrong:

Ugh. Why would anyone create that and even more to the point, why would they think anyone would actually order it? I suppose there’s an element of novelty to it but I’m fairly sure that anyone with an English/Welsh bone in their body is going to think that it’s absolute sacrilege. I can’t see it being on the menu too much longer to be honest, it looks awful. If anyone tries it hit us up.

For more breakfast, check out this guy who created what’s been described as ‘the greatest breakfast of all time’. Do you agree?