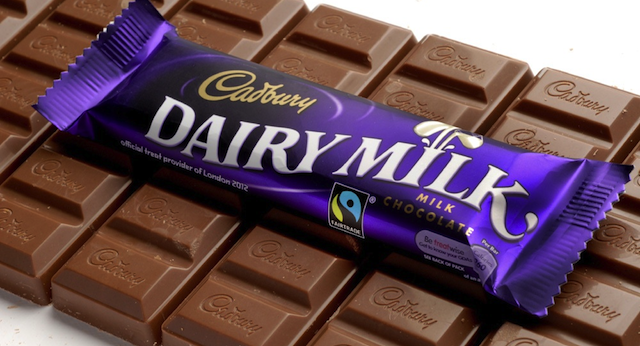 If you’re gonna try and bribe someone you should probably do a better job than this.

It’s fair to say that getting a job is probably one of the most annoying and time consuming things you have to do with your life, so it’s not surprising that sometimes people try and think a little out of the box with their applications in the hope of standing out. If you make it to the interview stage, here are our top 20 tips for making sure that your job interview is a memorable one.

Unfortunately this kid didn’t even get that far in his job application though despite the kind of creativity I’ve never seen before in a job application. Using a few dumb throwaway lines as jokes is fairly obvious, but actually enclosing a fiver and trying to bribe them into giving him a job is pretty special. Like I said though, it didn’t work but he did get a personalised reply from someone – which is generally against company policy – so he should probably count that as a victory.

Sure this dude will probably be getting a job somewhere way cooler than Cadbury’s sometime soon if he keeps up doing stuff like this. 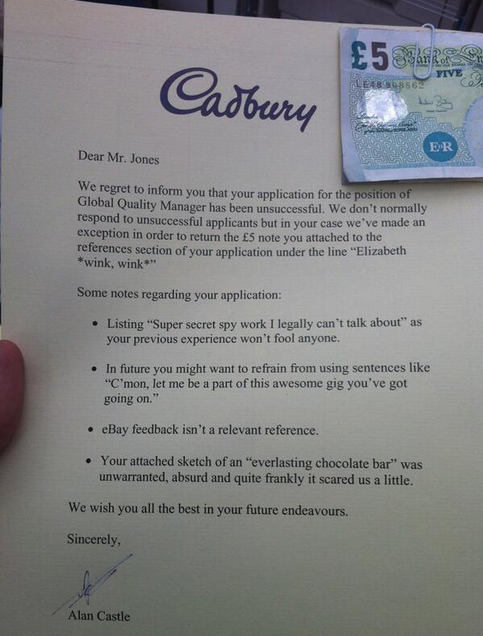