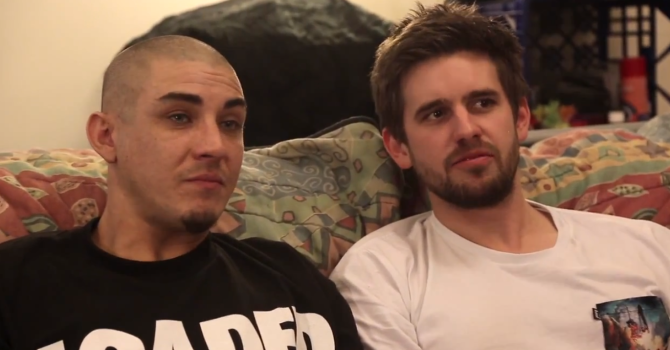 Here’s a useful guide made by a couple of drunken Aussies about when you can and cannot use the c-word.

You have to love Aussies. They are the only nation who really can match us when it comes to general debauchery, and they pride themselves on it. Props. They also manage to be everywhere. No matter which part of the globe you find yourself, it’s guaranteed that there will be a group of Aussies getting pissed and shouting profanities, and naturally here at Sick Chirpse we commend that. I spent 6 months sharing a flat with one of them, and on numerous occasions I’d wake up to find him sitting on our sofa in his Kangaroo onesie with a bottle of Sailor Jerry’s, with the justification; “It’s 5 o’clock somewhere in the world”… sick cunt.

If you’re offended by that word, you haven’t spent enough time around Australians. They have managed to tame the one word in the English language which as a society we still deem to be unacceptable. In Britain, it’s a term of abuse reserved only for the most heinous of people. In Australia, it’s more commonly used as a term of affection. The following videos are a hilarious explanation of how and when the word should be used, and in what context.

The guys in the video are both pretty successful in their own rights. The dude who looks uncannily like a snake is part of the Aussie hip-hop outfit Bliss n Eso, who have penned some serious bangers and you should definitely check them out. I saw them do a show to a room packed with Australians and it was mental. The other bloke is called Alex Williamson and his YouTube channel is brilliant, that is if you’ve got a fucked up sense of humour, which I’m sure you have because you’re on Sick Chirpse right now when you should be typing numbers into an Excel spreadsheet.