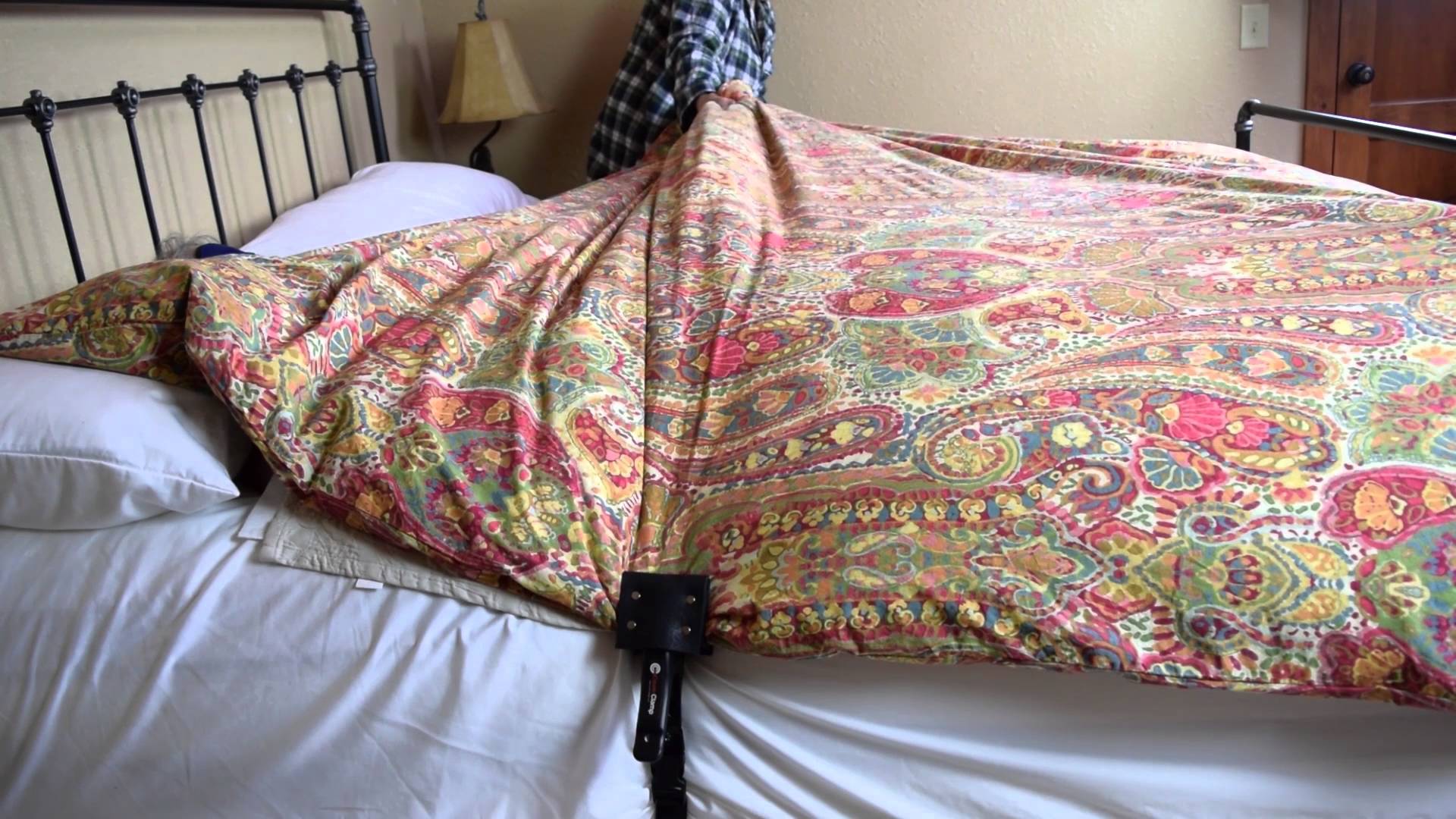 Now that the nights are drawing in and it’s getting colder outside, millions of couples all over the world are destined to experience sleepless nights as they passive aggressively try and steal the covers off of each other without causing a massive argument. You know it’s coming.

There is a way that you might be able to avoid this for the rest of your life though, but it does involve shelling out for something called a cover clamp. Whilst the invention is sound I think I might have a bit of a problem with the name being so lame which might affect my willingness to buy it.

Anyway, the cover clamp does what you pretty much would expect it to – clamps your duvet to the mattress so that it would take someone being a real asshole to steal your side of it. Not saying that won’t happen, but at least the argument will be a bit less one sided with the aid of the cover clamp.

Here’s a video explaining how it works if you still haven’t got the hang of it:

Actually I guess they’re going to have to be a real asshole if they manage to steal your side of it considering how much resistance it manages to generate, but never underestimate how cold and needy people can get in the winter. Would recommend getting one of these immediately if I was you – will almost certainly be investing myself.

For more of the same, check out this duvet suit that you can now get for your morning commute. Awful.