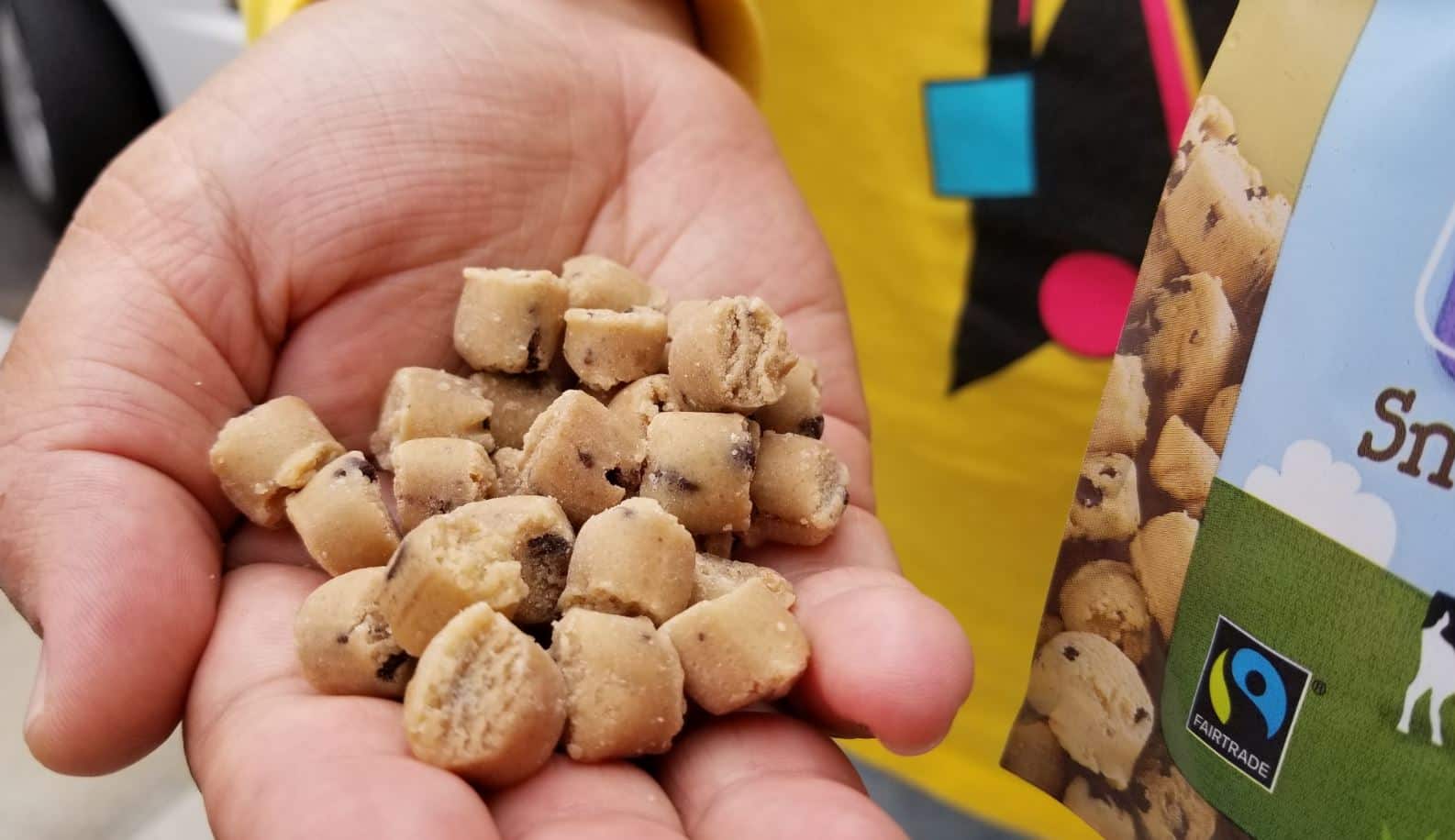 Ben & Jerry’s is undoubtedly the best ice cream company out there and you would be hard picked to determine just which one of their multitude of flavours is the sickest, but you can’t really deny that their Cookie Dough ice cream is one of the seminal ice creams out there.

One of the best parts of that is obviously the little chunks of cookie dough that you bite into every third or fourth scoop, and so no doubt you’ll be as pleased to hear as I am that you can now buy these separately just to snack on in a big bag. Unfortunately, it’s only currently available at ASDA, but I imagine it’s probably not going to be a UK exclusive and they’ll probably roll it out everywhere sooner rather than later.

🚨 @benandjerrysuk Snackable Cookie Dough is now at @asda £3.99🚨 we can’t believe this is finally in the UK, we’re so so excited!! We had this in the USA and it’s so delicious! You must try! 😍😮🙂 #omg #cookiedough #amazing #benandjerrys #likelike #followers #foodography #usa #uk #instafood #instagood #cookie

And if that still isn’t enough to convince you to splash out on a pack – it is a bit indulgent at £3.99 come on – then read this awesome description from the Ben & Jerry’s website:

We know how it goes: sometimes when you’re digging in to a pint of ice cream you’re really just chasing those chunks with reckless abandon.

Go straight for the good stuff with a bag of totally snackable Cookie Dough Chunks!

Yeah I’m in. You can even order them online from today January 28th if there isn’t an ASDA near you and you can’t make it down there any time soon. What are you waiting for?