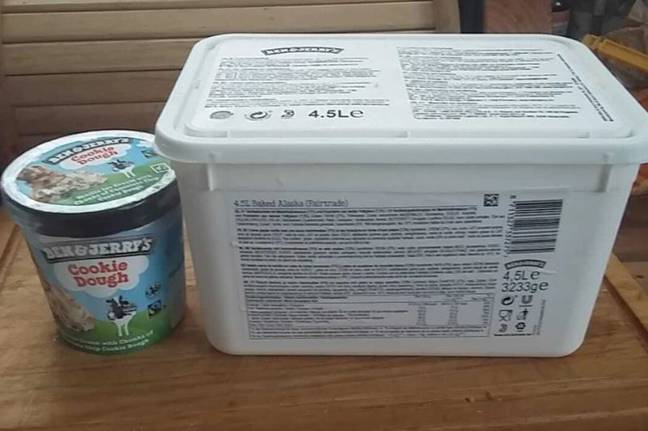 It’s fair to say that although Ben & Jerry’s is the best when it comes to ice cream, it’s also fucking expensive so it’s not like you can chow down on that stuff every day, so this amazing offer for 4.5 litre tubs of the stuff for just £3.50 has to be seen to be believed.

The tubs are being sold in Heron Foods stores because they were scheduled to go to cinemas but because of the pandemic they won’t be able to reach them in time before they melt or go off, so you can now pick them up for this low price. To put this in perspective, 4.5 litres is roughly ten times the size of the tub you would normally pick up at your local supermarket, so it’s probably worth driving however far it is to your nearest Heron Foods store to pick it up because you’ll save so much money. 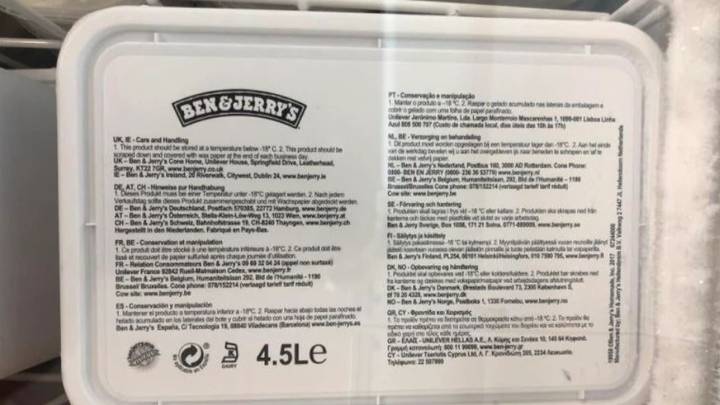 The only bad news about it – other than that I’ve never heard of Heron Foods stores and there don’t seem to be any near me – are that only Baked Alaska and Moo-phoria Chocolate Cookie Dough are available as flavours, but they’re both delicious so it’s hardly BAD news if you know what I mean. Stock is limited and flying off the shelves though, so if you wanna take advantage of it then you had better get a move on. Go go go!

For more ice cream, check out this woman licking an open tub of the stuff and then putting it back in the supermarket fridge. Not cool whatsoever.