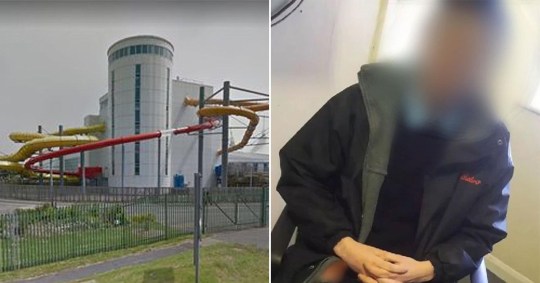 Not a great look for holiday resort chain Butlin’s this week as another employee of theirs has been busted grooming underage girls via text, after a similar incident involving another employee less than a month ago.

Lincolnshire Live reports that the man is no longer working for the Butlin’s resort in Skegness, having lasted only a few days when the vigilantes showed up during his shift to confront him with evidence of his inappropriate chats with (what he believed was) a 14-year-old girl.

The video is very long but here it is if you want to skim through:

Not sure who has the time to sit through half an hour of this guy being berated and told he is a nonce by a gang of paedophile hunters but the important thing is that he’s been busted and with any luck will be deterred from sexting underage girls from now on.

There is one bit where one of the paedophile hunters tells the 29-year-old that if he just admits what he did and answers their questions properly they’ll let him go on his merry way, but obviously that was a giant bluff and they end up calling the police on him by the end of the video. Way to get the guy’s hopes up eh?

To watch an overwhelmed paedophile faint after realising he’d been talking to a member of Dark Justice rather than an underage teenage girl, click HERE. Gutted pal.