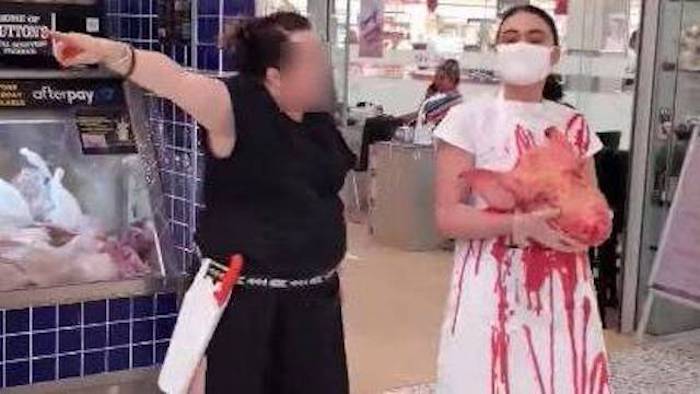 Even in 2020, I don’t think we could actually say it was Christmas until we had the obligatory post of some militant vegans protesting against people eating turkey and getting into a ruck with as resident butcher, so we’re thankful that Tash Peterson decided to keep up the tradition with this video from a shopping centre in Perth, Australia.

It’s your standard stuff from these kind of encounters and I don’t think you need any background on it – it’s pretty obvious what’s going on anyway – so you might as well just jump in and watch it:

Well, that went exactly how every single one of these encounters tends to go, but it just wouldn’t be Christmas without one would it? The butcher’s reaction kind of makes it a bit better than some of them out there because she really lets rip on the vegan – best line is definitely ‘are you proud of being a fuckhead? – but I suppose she has a point with it being annoying that these guys just show up at her job and ac like this all day, severely affecting their livelihood.

Not really sure if she should have got so angry about it, but I guess there really isn’t a middle ground in this debate for the two sides. As always, not really on anyone’s side in this debate just enjoy watching the videos. Merry Christmas whether you’re eating turkey or tofurkey.

For more of the same, check out this vegan activist getting headhunted whilst protesting outside a shop selling fur. Ouch.