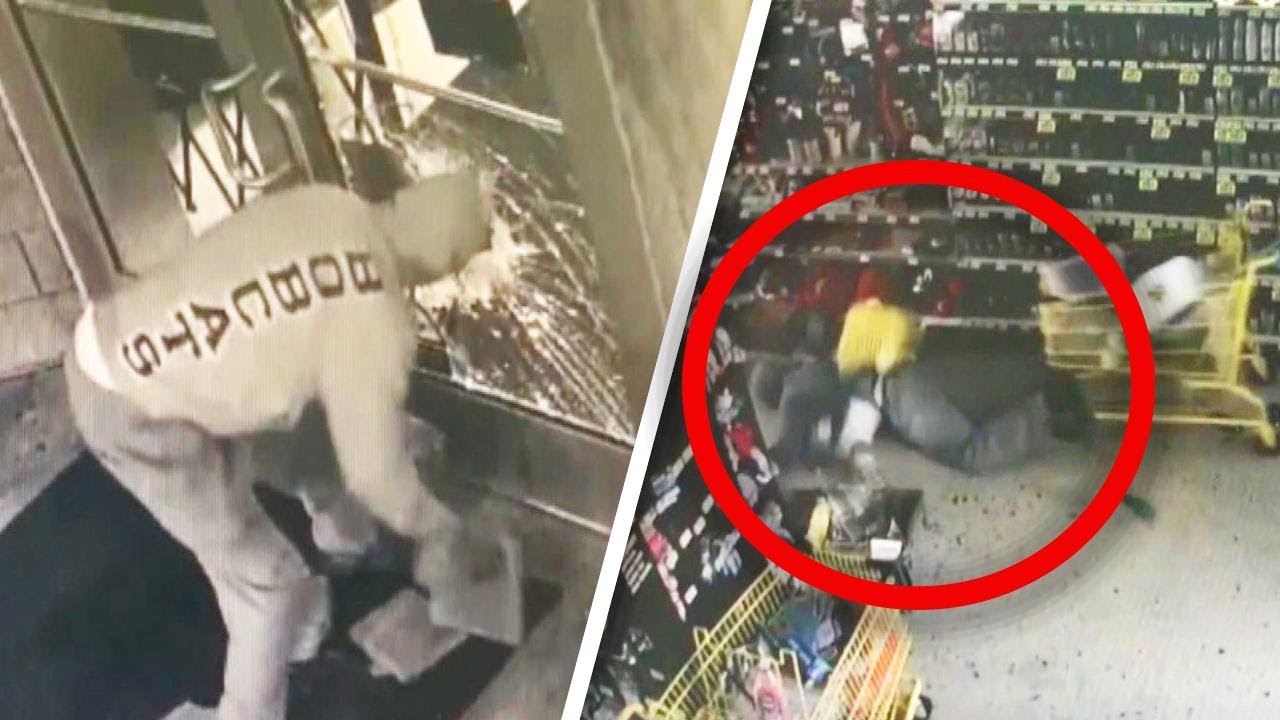 Unfortunately for the guy in this video, in place of all those things he has stupidity and butter fingers.

The thief was filmed on CCTV stealing a bunch of goods from a shop over in Ohio in the most haphazard way possible.

He’s so bad that police even made him his own blooper reel, which you can check out in the video below:

Police in the Ohio city have dubbed the thief the ‘Bobcat Burglar’. Bobcat tried to break into a Dollar General store one night this summer, but their painful misadventures included several falls.

Ultimately, the ‘Bobcat Burglar’ took alcohol, food, cigarettes and electronics from the store. Columbus Police are asking anybody with information about the incident to contact them.

To be fair to the guy, he did eventually complete the raid. Although he’s made himself look like a total tit in the process.

Same goes for this burglar, whose house was robbed while he sat in jail. Gutted.