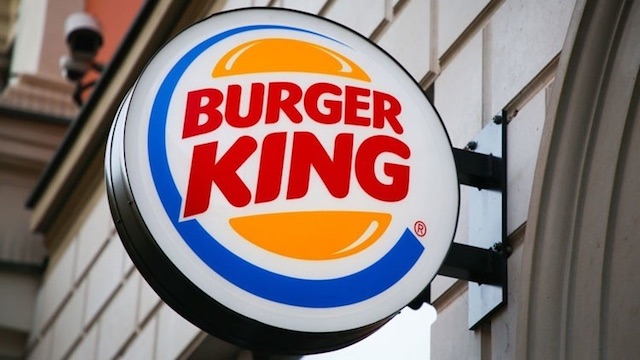 Most of the stuff on social media today is all about that Megahan Markle interview, but I’m trying to avoid that on the site so I’m thankful to Burger King Uk for putting out a really ill advised tweet on International Women’s Day, trying to encourage women to pursue culinary careers within their kitchens only doing it really, really badly.

Whilst their intentions may have been good – posting a deliberately incendiary tweet that would get a load of traction before following it up with one that wasn’t going to make their actual point about their new women’s scholarship to promote female culinary skills – the execution really was poor. Especially when you consider that the first tweet is going to do massive numbers and the follow up’s reach is going to be nowhere near as large.

Take a look at this below and see what you think:

Women belong in the kitchen.

We are proud to be launching a new scholarship programme which will help female Burger King employees pursue their culinary dreams!

Oooof. You can see why people are complaining about that because that first one is so on the nose, especially when it’s International Women’s Day. I get the argument that they’re using it to promote exclusivity with their follow up tweet, but the fact of the matter is that nowhere near as many people are going to see the follow up one as see the first one and that’s kind of promoting a dangerous narrative.

Nevertheless, Burger King tried to double down on their original tweet and started defending what they had written, even getting into a slanging match with KFC over it. There’s something I don’t think anyone could have envisaged writing fifteen years ago:

Why would we delete a tweet that’s drawing attention to a huge lack of female representation in our industry, we thought you’d be on board with this as well? We’ve launched a scholarship to help give more of our female employees the chance to pursue a culinary career.

To bring attention to the huge lack of female representation in the restaurant industry? Yeah we think it’s a good idea, that’s why we’ve created a scholarship to help give more of our female employees the chance to pursue a culinary career.

What belongs in the trash is lack of female representation in our industry, that’s why we’ve created a scholarship to do something about it.

We think it’s weird that women make up only 20% of chefs in the UK restaurant industry. That’s why we’ve created a scholarship to help give more of our female employees the chance to pursue a culinary career.

Kinda getting more and more desperate with each tweet they’re putting out there, don’t you think? Anyway, although the original tweet has something like 100K likes, the reaction on Twitter with people dropping their opinions on it hasn’t been too healthy:

I won’t be eating at your store again thanks

If our place is the kitchen, what are you doing inside the restaurant? Do you dance or clean?

Shameful Burger King absolutely bang out of order. On Women’s Day no less!

This is why using sexist remarks as bait is a dumb, dumb idea. The majority of people aren’t seeing your positive reply. They’re just seeing a sexist comment made by a brand account.

if women are upset, listen to them. you have no idea what it’s like so you cannot speak for them. thank u

you could have gave light to that scholarship by not beginning the tweet with literal misogyny?? there was SO many other ways to promote your scholarship and you chose the most hurtful way?

see that reply, they’re just gonna see this faceless company being sexist in 2021 and it’s really just not only a bad pr move but also incredibly disrespectful especially when there are people out there who still genuinely think like the original tweet so they’re gonna +

Yep, definitely doesn’t look that good for them, although you do have to think that the fact it’s received so many likes probably does mean that there are a load of people out there who aren’t going to comment on it publicly but are absolutely buzzing off Burger King seemingly ‘taking a stand’ on International Women’s Day and will probably make a point of eating there in the coming days. Very tricky to gauge the actual effect of this tweet, but like the old saying goes, I guess there’s no such thing as bad publicity.

Also, possibly the funniest part about all this is thinking that if a woman wanted a career as a chef that they would want to work at Burger King? Surely that’s one of the straight up worst chef gigs that you could possibly get? Absolutely clueless.

For more of the same, check out when Burger King accidentally server beef whoppers instead of their new vegan burgers. Can’t get anything right those guys.