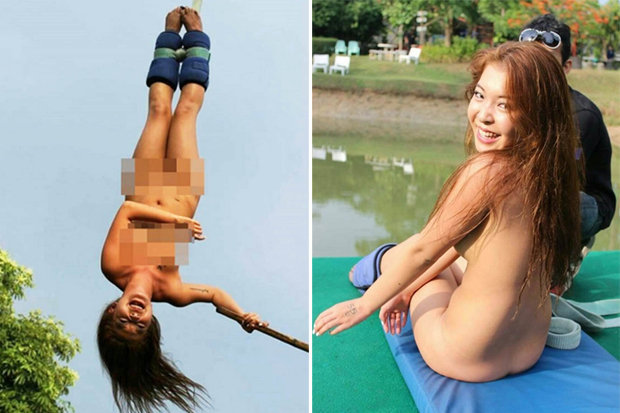 Letting it all hang out.

A video of a model from Hong Kong doing a naked bungee jump has gone viral. Can’t for the life of me think why.

The woman was visiting Chang Mai in Thailand on holiday when she decided to let it all hang out in every sense of the word. She reportedly told the staff that she would jump in her bikini, but then whipped the whole thing off last minute before being pushed off the ledge. What a hero.

Unfortunately for the company, after the video has been doing to rounds the local authorities decided to investigate and they’re now facing a fine. Although it’s only for 20 quid so not really much harm done there – plus this video is like free advertisement.