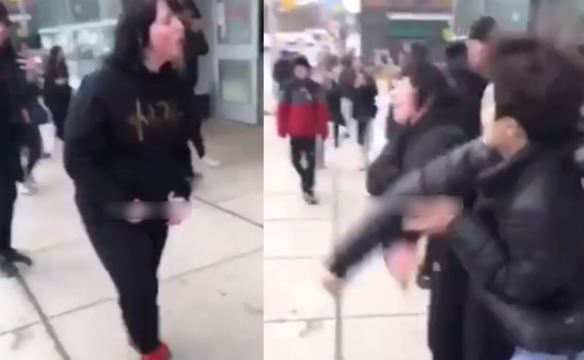 Look, I don’t know for sure if the aggressor in the red shoes actually told the Chinese kid that he has the coronavirus, but that’s what the people at Worldstar are saying so we’re just going to have to take their word for it.

Either way, it’s an unreal fightback from the Asian kid who has clearly had some kind of martial arts training during his short time on Earth. Get a load of the killer spin kick at the end:

Boom! Love how he just walks off and disappears into thin air like Al-Masih in ‘Messiah’. The crowd’s going wild and everyone’s calling him Karate Kid, meanwhile the cameraman turns away for one second and then when he looks back, the kid’s already gone!

To answer the man’s question ‘who the fuck was that guy?’ I don’t think anyone has the answer yet but the least we can say is that a legend has been born. Also safe to say that bully won’t be making any coronavirus jokes anymore (allegedly).

To watch a gay kid beat the shit out of the school bully for calling him the F-word, click HERE.