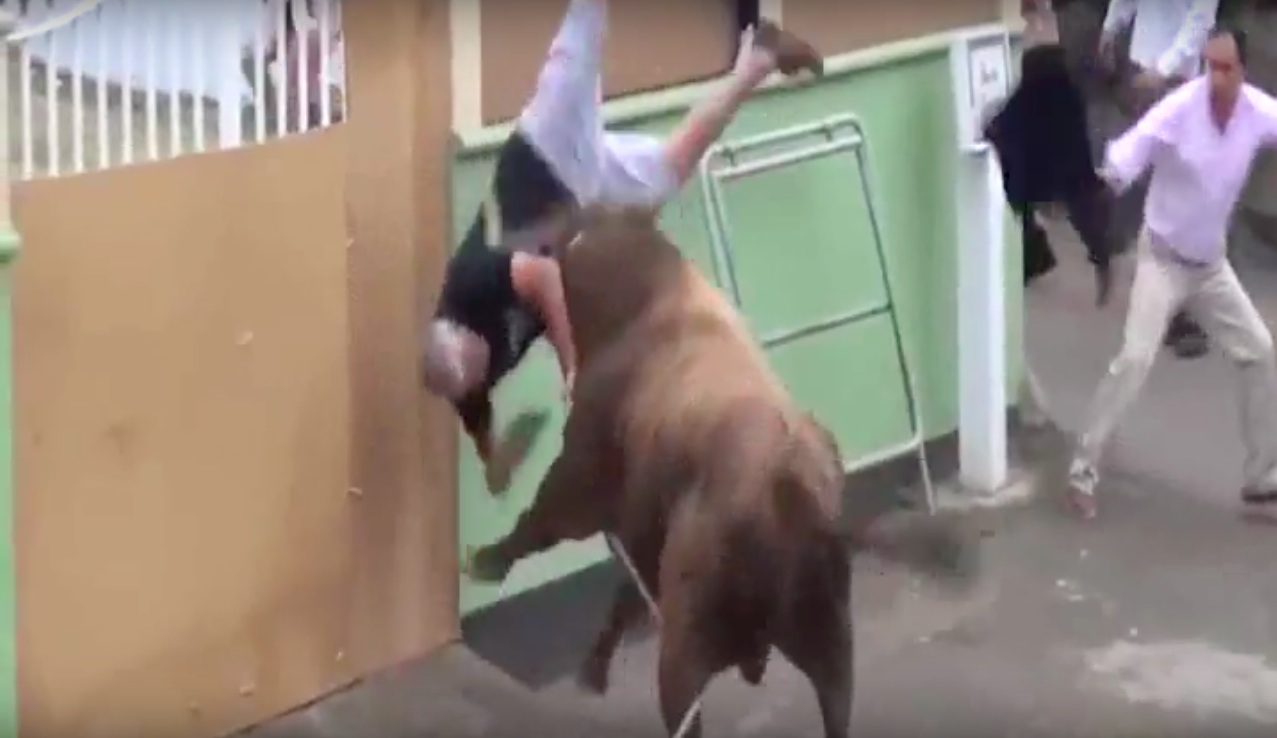 Whilst I appreciate that running with the bulls is probably quite exhilarating and exciting, I don’t think I would ever have the balls to actually do it because the risk of getting taken out by one of them is just too much.

Sure, they don’t get everyone but if they get you, then they’re going to absolutely fuck you up and the video below is pure testament of this. It’s actually taken from Portugal on an island called Terceira.

Most of the people in the footage are savvy enough to get out of the way before any real damage is done, but one old guy is just standing there filming the bull on his iPad and pretty much minding his own business. At least he thought he was, before the bull sidled over and proceeded to beat the absolute shit out of him.

This is a real mauling:

Geez. So much for minding your own business eh? Looks like you can’t afford to take your eye off the bull even for the slightest of seconds, otherwise you might end up completely destroyed like that guy. What a beating. Hope the dude is OK.

For more bulls going absolutely crazy, check out these people zorbing with one. Another terrible idea.