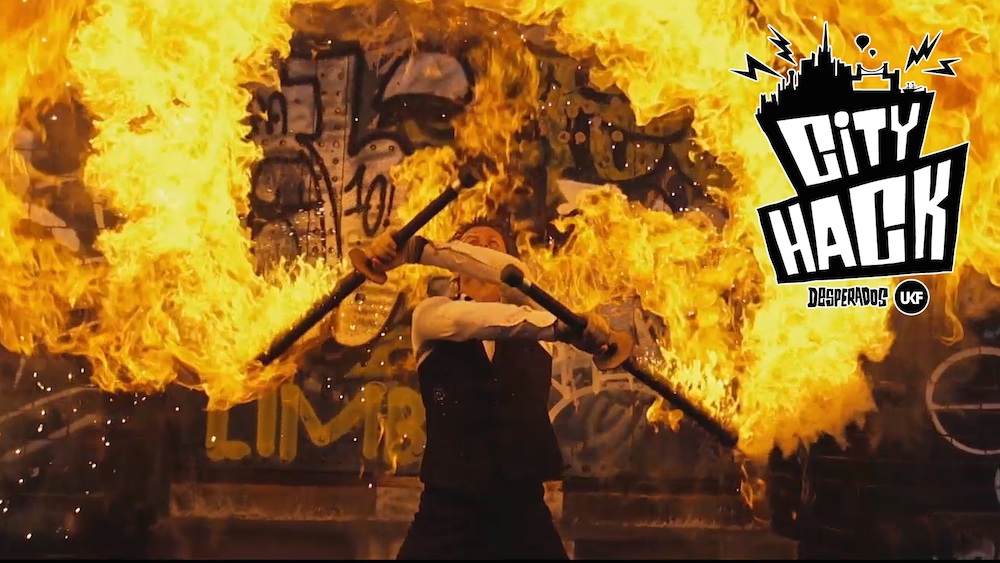 Last week we brought you the news of the huge Desperados parties that would be happening in Bristol, London and Manchester this summer, and introduced you to the three teams that were competing to throw the biggest party of the summer. Each team will be judged by the handpicked Desperados mentors – DJ Pavan Mukhi, promoter Carly Wilford, graphic artist David Bailey and visual artist Stuart Warren-Hill – for not only the party itself, but also the challenges they are being tasked with completing in the run up to it.

The Red Party is scheduled to go down this Friday on August 27th, and in the build up to this Desperados challenged the teams yet again to create a following in each of their cities by coming up with an epic stunt. The three teams didn’t disappoint and you can see what each of them came up with in the video below.

The London team – aptly named the Big Smoke – managed to throw a party on Brick Lane and actually got the Truman Street Brewery chimney to emanate red smoke (which hasn’t happened since the brewery itself stopped brewing beer in 1989), whereas the Bristol team created an absolutely sick looking party on a boat and the Manchester team drove around the city in a DJ wagon, bringing the party to wherever they stopped.

It looks as though all three stunts were pretty much off the chain and the public was absolutely loving them, which only serves to whet our appetite even further for the actual parties this week. Stay tuned to the Desperados homepage for more information on where and when they’ll be happening.