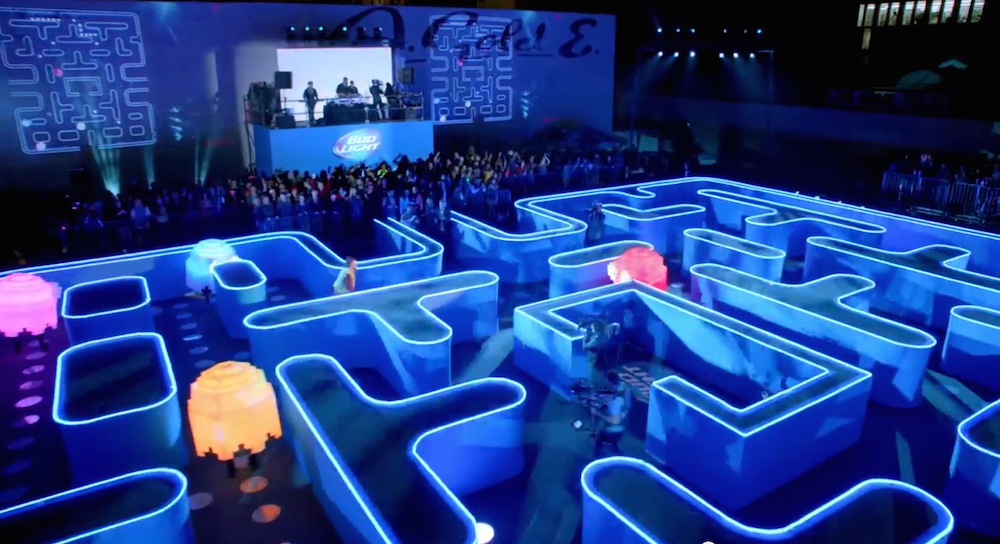 Early frontrunner for best advert of the Superbowl.

As you probably know, companies spend all year coming up with awesome adverts in preparation for airing them during the Superbowl over in America, as it’s the most watched event in the year over there. Check out some of the incredible contributions from last year here.

Bud Light are the early frontrunner for the best advert at this year’s Superbowl coming up on Sunday, with this incredible advert for their ‘Bud’s Up For Whatever’ campaign. In it, some guy gets given a free Bud Light as long as he’s ‘up for whatever’ and then finds himself putting a giant quarter into a coin slot before entering a giant life size Pac Man maze. He then has to run around it, eating the dots and avoiding the ghosts that chase him around it. There’s also some kind of live dubstep band playing too.

Unfortunately there wasn’t that option where you turn into a massive Pac Man and get to eat the ghosts, but even so this looks like a hell of a lot of fun. Hopefully they give it to an amusement park somewhere and don’t just dismantle it now the advert’s all finished, because that would be a real waste.