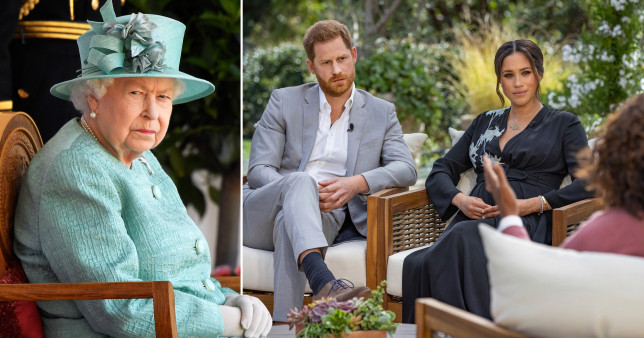 It’s been a long time coming and if anyone was hoping for something that wasn’t completely wishy washy and did anything but gloss over the issues raised in the interview then they’re going to be disappointed, but here is the statement that’s been released by Buckingham Palace on behalf of the Queen regarding that infamous Meghan Markle interview from the other night. 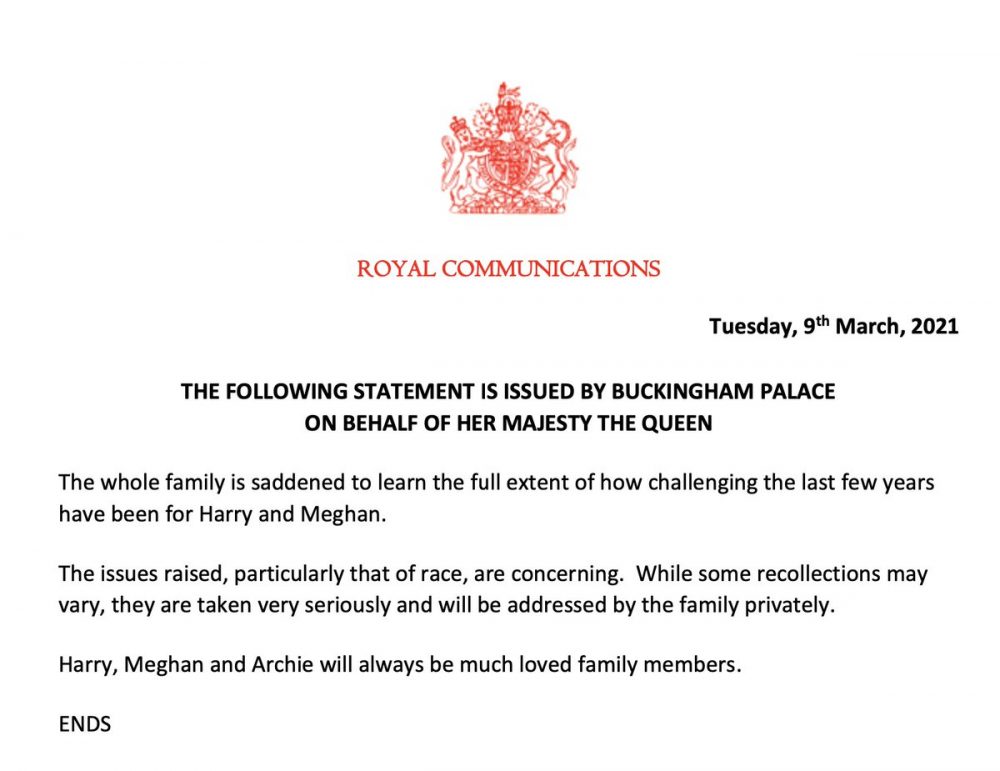 I mean I suppose we shouldn’t really have expected anything else, but it literally doesn’t say anything and kind of implies that Meghan and Harry aren’t remember incidents correctly and that they never mentioned anything about their feelings to anyone in the Royal Family. I guess none of us will ever really know who’s telling the truth here, but I don’t think it’s too hard to read through the lines on this one. Make of it what you will though, sure.

For more of the same, check out Epstein’s victims’ lawyers accusing the Palace of using the Meghan Markle scandal to divert attention from Prince Andrew. Can’t really say that I disagree with them on that one either.