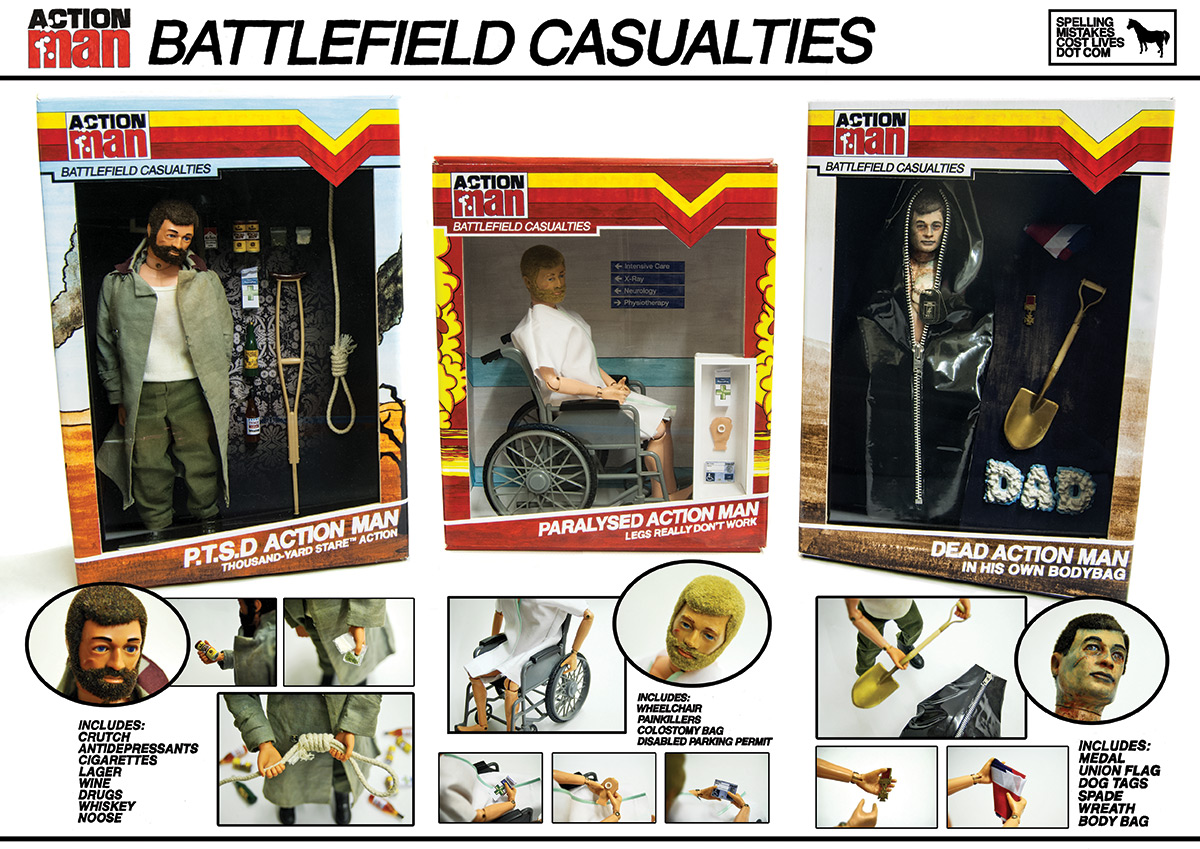 Depressing, but kinda hits the nail on the head.

Artist Darren Cullen has ruffled a few feathers with these Action Man replicas. His genuine “battlefield casualty” series is pretty much as bleak and depressing as it gets. And honest. He shows the harsh realities of war for many servicemen. The glitz and glamour of fighting an overseas war stripped away.

Lots of folks (especially from groups like the EDL) have kicked up a stink about them. Cullen explains in an interview with HuffPost:

The reality is that war is hell and that if you’re lucky to come back alive with all your limbs and organs intact, there is often serious psychological trauma to deal with… I’m not attacking soldiers. I’m attacking the institutions which use soldiers to kill and be killed in order to achieve political and economical ends.

I don’t think anyone can deny that the Western war machine has destroyed a lot of lives for oil or power or whatever their current fancy.

War is a living hell of suffering, pain and despair, but somehow the Army manages to rebrand it for each new generation as an exciting and character-building adventure. Despite what they show in their adverts, being in the armed forces isn’t about abseiling or kayaking, it’s about twisting your bayonet into someone’s stomach and having your face blown off in a trench. 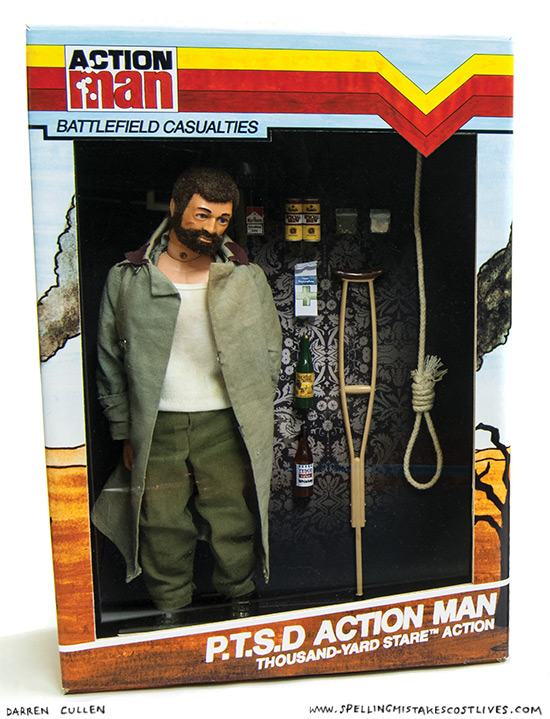