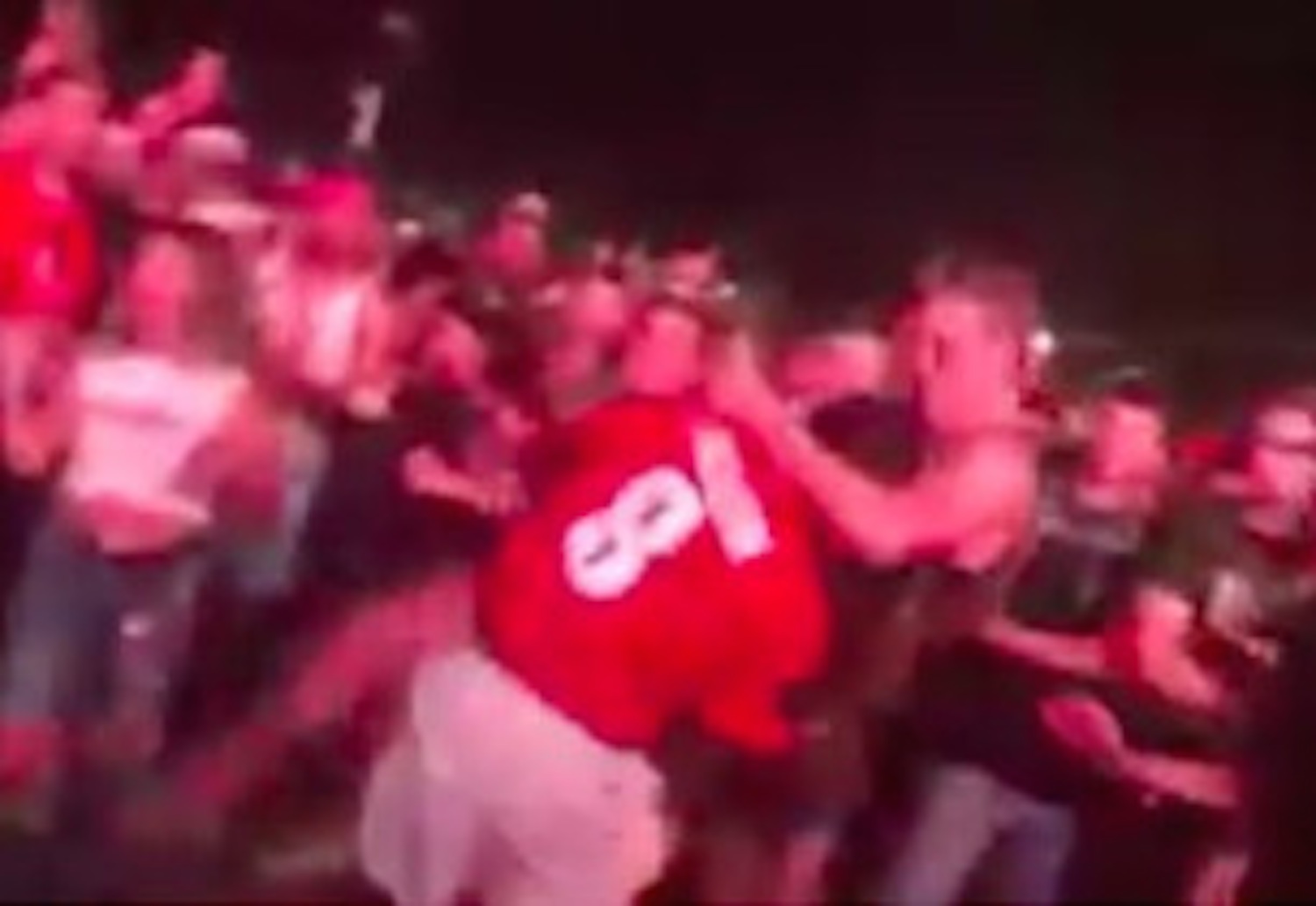 I’ve always thought of Coachella as a fairly soft festival full of rich kids who think they’re alternative but are actually at the most mainstream event possible. And this video has kinda confirmed that idea.

In the video, the crowd are busy enjoying themselves during Future’s set (and filming it on their mobile phones too obviously), when out of nowhere a fight breaks out between two bros. The white dude gets the absolute tar kicked out of him, including a body slam that would make Vince McMahon proud:

Yeah, that’s not so good is it? You probably wouldn’t even see that at somewhere like Reading Festival where you’re actually supposed to be moshing. Pathetic, although it is kind of cool how lit the crowd gets after the fight clears up, kinda like it never even happened at all in the first place. Pretty easy when you’re watching Future though I suppose.

For more Coachella hijinks, click here. So much dumb stuff has happened there over the years.