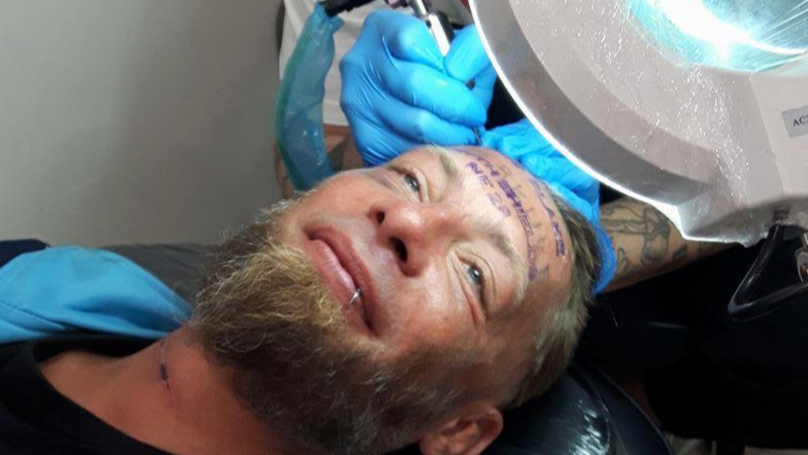 I’m not sure why they thought this was a good idea or funny – well actually I am but it’s the kind of thing you think is funny for about a minute then realise that it’s actually really cruel – but this bunch of lads decided that it would be really funny to make a homeless guy get the stag’s name tattooed on his forehead. They paid Tomek from Poland £90 to get ‘Jamie Blake, North Shields, N28’ inked on his face and the results were about as awful as you could imagine. Apparently he couldn’t even get it finished because it hurt too much. 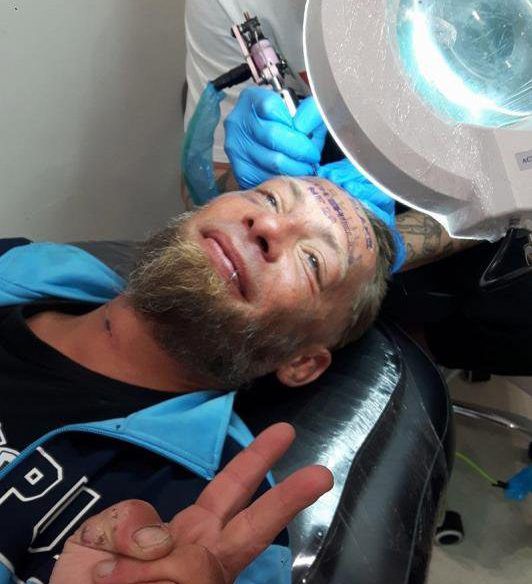 After they shared the photo on social media for mad lolz, the group of lads has been widely condemned for their actions with most people realising how truly rotten their behaviour has been. I mean it’s not even like it’s a small tattoo – it covers his whole goddamn forehead. Nobody needs that on their head for the rest of their lives. The President of the Benidorm British Business Association Karen Cowles said the following:

What they have done to this man is utterly inhuman and akin to abuse.

I’m appalled that a group of grown man would take advantage of someone in such a vulnerable position. They have left a human being scarred for the rest of their life.

I mean yeah, I can’t say I don’t really agree with that. If you’re going to Benidorm for a stag do just stick to the strippers or Sticky Vicky or whatever boys. No need to do something completely despicable like this to get your kicks.

For more of the same, check out this woman who got vegan tattooed on her forehead. At least she did it by choice.