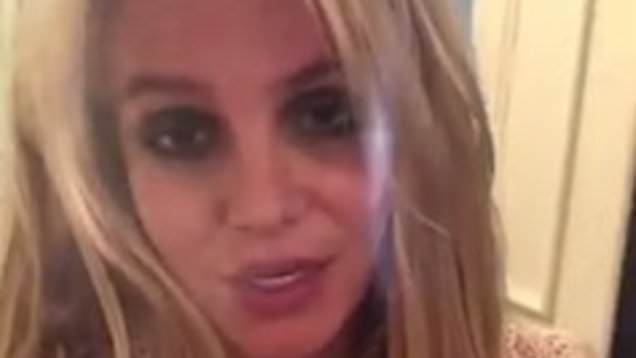 This does not look good.

I never knew this about Britney Spears, but she has what is known as a “conservatorship” – where an adult is basically stripped of the right to make financial and lifestyle decisions for themselves due to physical or mental limitations/illness (the latter in Britney’s case).

So Britney’s dad Jamie Spears has basically been controlling her life over the last decade or so since she had that first mental breakdown in 2008, which I guess was the result of being an unbelievably famous child star, teenage sex symbol and musician under tons of scrutiny and pressure.

So recently news outlets reported that Britney was placed in a mental home against her will and a #FreeBritney campaign kicked off where her fans are demanding that the situation be investigated and that she be released from her conservatorship.

Well right on cue Britney released this video and caption on Instagram, with many of the opinion that she’s been forced to do it and there’s no way she could have written that caption herself:

I’m not really sure what to make of that to be honest. She does seem pretty knackered, and we know that she was recently put in a mental health facility although whether it really was against her will is up for debate. Is Britney Spears an unstable person who needs mental help and a conservatorship or is she being manipulated and controlled by her family, managers and those around her? I’m not a psychologist of course, just a lowly blogger wondering what’s going on. But it does seem like a very odd situation.

To watch Christina Aguilera do an unreal impression of Britney that was bound to wind her up, click HERE.