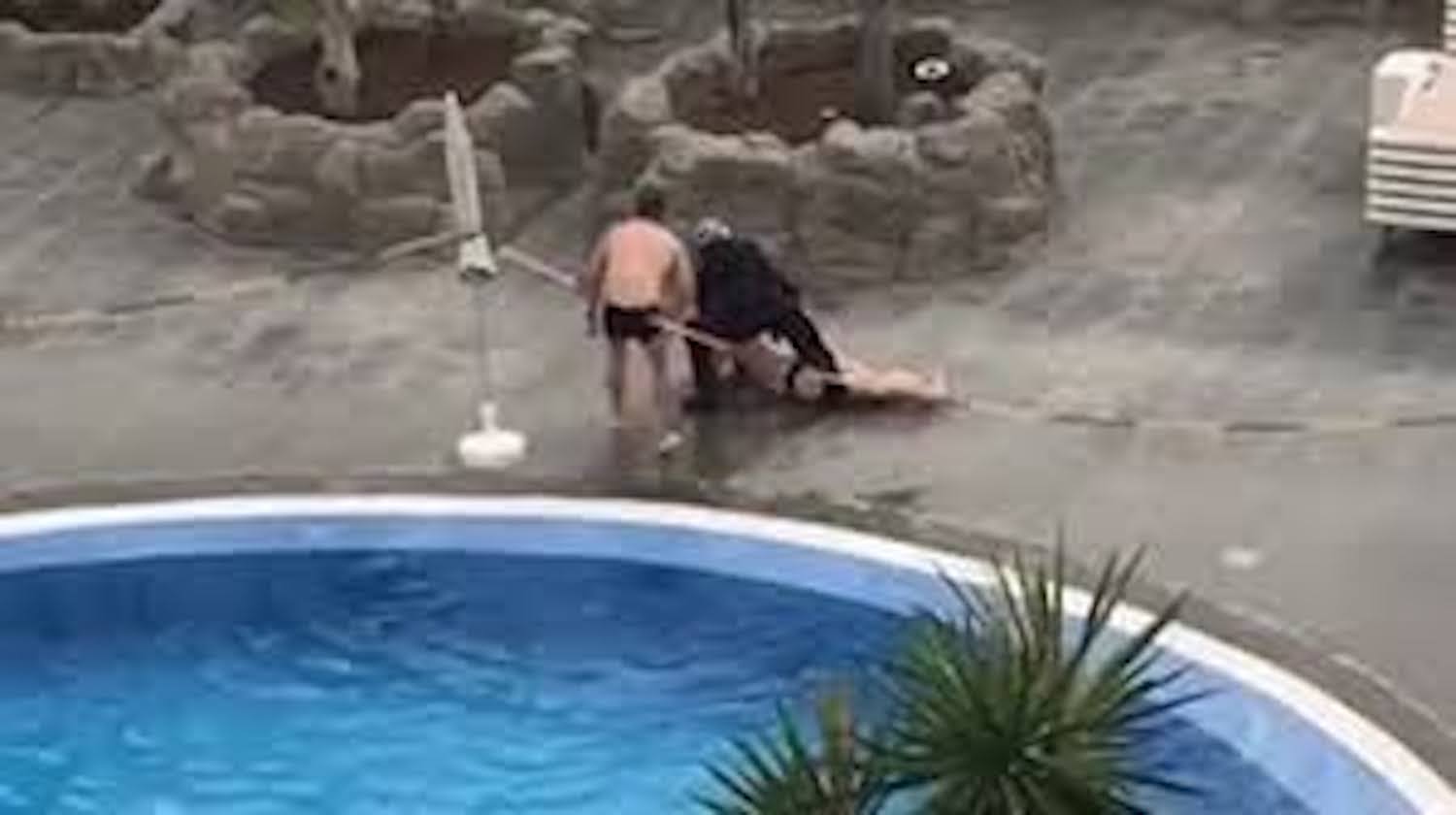 Coronavirus content continues to dominate all news outlets including this one and it looks like this is probably going to be the case for the next six months to a year or something, especially if people keep acting like the woman in the video below.

This video was actually posted on Tuesday night so sorry about the delay in getting around to sharing it, but there has been an absolute wealth of content in the past few days concerning the Coronavirus – it’s hard to know exactly what to share sometimes. There isn’t much information about the video but I gather that it comes from over in Tenerife where Brit holidaymakers are particularly annoyed about the country going into complete lockdown to halt against the spread of Coronavirus and are blatantly flaunting the rules imposed by the government.

This mean that if you’re going to go swimming in a hotel pool that you’ve been specifically banned from going into, then you’re going to get brutally arrested by the police. And everyone’s going to film it and whack it on the internet:

Ouch. That did not look fun at all and it’s probably going to be even less fun getting thrown in a Spanish prison in just a bikini. Probably pretty cold as well, although come to think of it they can’t really be practicing social distancing if they’re throwing more people into prison can they?

Maybe she got off lightly and was released, but hopefully footage like that will discourage people to flaunt the rules. Probably not though, judging by these drunk Brits in Benidorm who don’t give a fuck about anything as long as they get to get pissed up on their holiday. Not cool.