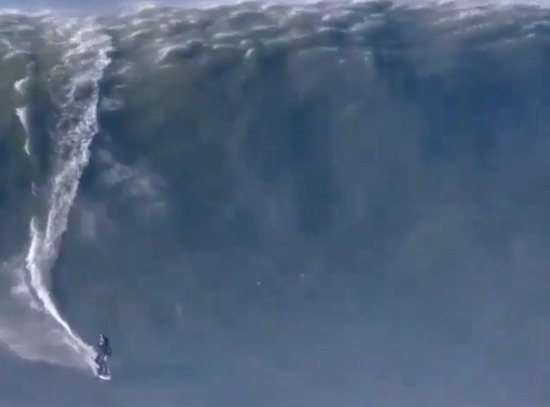 If you’re big into surfing then it stands to reason that you’re probably going to end up chasing bigger and bigger waves until you reach that ultimate high.

Unfortunately, it’s one thing finding and chasing these waves, but another thing entirely being able to handle them as British surfer Andrew Cotton unfortunately found out a couple of days ago. Cotton was surfing at notorious big wave spot Nazare over in Portugal and ended up suffering a monster wipeout, that left him with his back broken in 12 different places. Ouch.

In the age of social media though, Cotton had obviously filmed his experience and was keen to share it on social media as you can see below:

Even more ouch. Gotta feel for the guy – apparently he’s in a stable condition right now in a Portuguese hospital but it’s probably going to be a while before he’s catching those waves again. All the best to the guy with that though.

For more of the same, check out this other wipeout from hell. Dunno how he got out of that one.