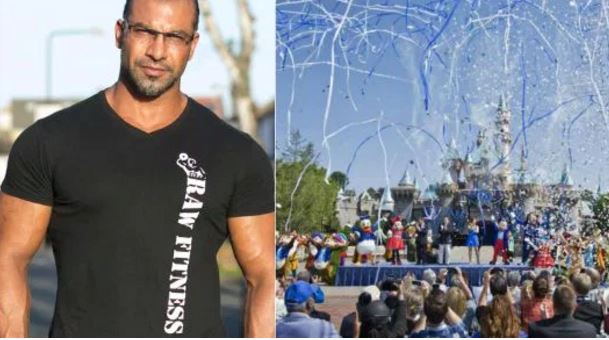 This makes no sense at all.

This rather hench fella named Mohammad Tariq Mahmood was stopped at the departure gate at Gatwick airport by a UK Border Agency official the other week and told his visa — as well as those of his brother and children – to the US had been revoked.

No explanation was offered as to why, despite the fact they’d organised the trip without hassle 6 weeks earlier.

He had to return all the items he bought in duty free and then explain to his kids — aged between 8 and 19 — that Disneyland wasn’t happening.

Mohammad, who was born in Pakistan and moved to the UK when he was 12, wants David Cameron to demand an explanation from the American authorities and to have the £11,000 he spent on tickets to LA refunded. 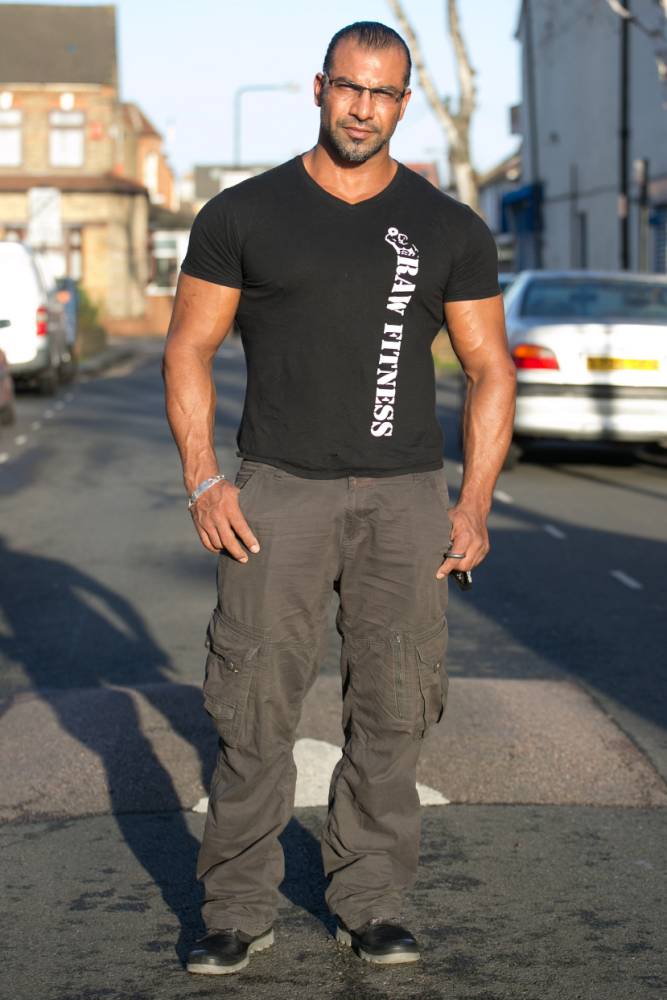 We had been planning the trip for four to five months and my kids had countdowns on their phones.

It had been about ten or fifteen years since we’d had the whole family together.

My kids were really looking forward to seeing their cousins, they live in California. We’d planned skydiving and a desert safari and the kids were all keeping up and talking about it through social media. They’d made a lot of plans.

Our flight was on Tuesday last week (Dec 15) and it was meant to leave at 12:35 in the afternoon. We’d checked in and we’d bought things in duty free.

We were waiting in the queue at the gate and we were very close to getting on the plane.

Then an announcement said they wanted to speak to Mr Mohammad. There was no one else of Asian origin or who looked Muslim so I knew it was me.

A gentleman said he was from British Border Control and he had a border control jacket on.

He said there was something wrong with my ESTA and that I wouldn’t be able to board.

I had made sure we had our ESTAs cleared six weeks ago so I couldn’t think what could be wrong.

I asked why we weren’t allowed to board. I had to be persistent. He wouldn’t tell me why and said he didn’t know at first.

He finally said they had had a call from Washington DC from homeland security and that I wasn’t allowed to board. He wouldn’t tell me anything more.

I felt humiliated and my kids were tearful they were so upset. My son hasn’t left the house, he is so upset.

We just had to go home and return everything we’d bought duty free.

I’d never experienced anything like that before. I live in a multicultural area and I have my own gym so I spend a lot of time with different people from all kinds of different cultures.

I respect these people need to react if there is a genuine concern but they need to make sure this concern is genuine.

We are decent people. My kids are obviously upset. They know why it happened and they know what is going on in the world.

It could be because of Donald Trump as why otherwise would all of this spring up on us.

Our MP has been very helpful but she is saying she has hit a brick wall and needs Mr Cameron to help.

We still haven’t had refunds for £11,000 worth of flights. It was a two week holiday and my brother booked skydiving and all sorts including a minibus as there were so many of us. He will have lost a lot of money from that.

I just want an explanation. Or else, where is this all going to stop?

Well that’s one way to ruin Christmas for an entire family. Obviously we can’t take anyone’s side for sure until the US give a reason why they’ve banned Mohammad and his family from their country, but it’s a bit odd that they haven’t offered an explanation thus far. Maybe we should ban all Americans from entering the UK until it’s figured out?

Sounds like his kids were really looking forward to it, unlike this little boy who was positively distraught when his mum announced they were going to Disney World.