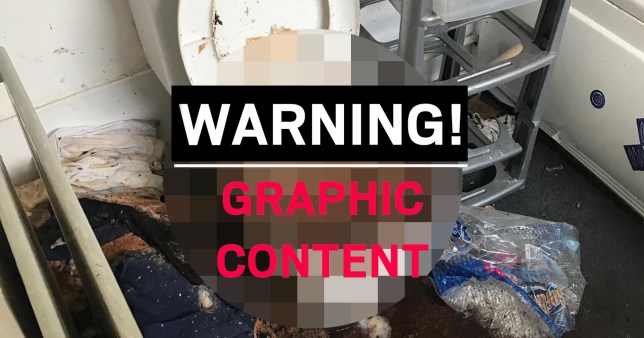 Pray for him (NSFL).

Thoughts and prayers with locksmith Rio Beardmore in Stoke this week after the shit he had to deal with (literally) when finding himself faced with the most disgusting toilet in Britain.

Rio says a number of drug addicts had been living inside the building, letting it fall into a shocking state of disrepair. The worst room by far though was the toilet, where mounds of actual shit had oozed and overflowed onto the floor.

It stank – and I got bitten on the face by a bug. There must be something living in there.

I’m telling you – this is one of the most disgusting pictures you will ever see on the internet. Not safe for work, not safe for life, not safe for anyone, anywhere.

You have been warned… 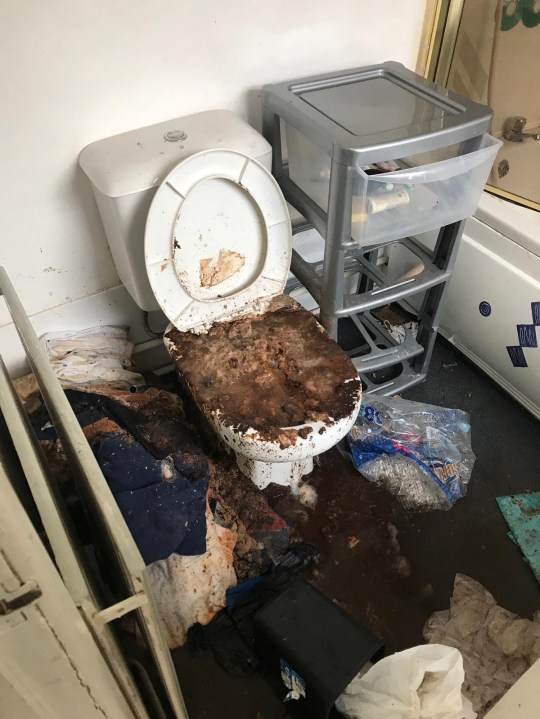 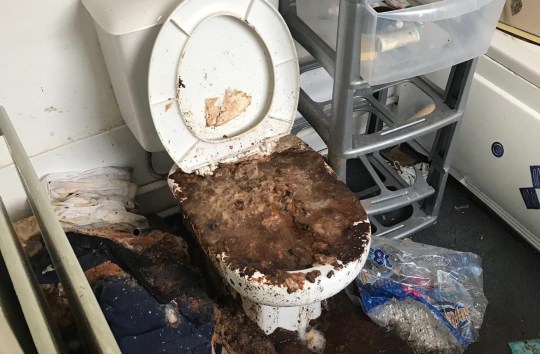 As you can see, there’s poop all over the actual toilet seat and beyond, and it’s even spilled onto the carpet and onto whatever other random shit they’ve got laying around next to the toilet.

The squatters were eventually kicked out and the locks were changed.

Rio recalls that day with all the fondness of a Vietnam war veteran:

I’ve been doing this job for years – I thought I’d seen it all. It was the worst. The room was covered in sh*t.

He still managed to have a laugh at the expense of a police officer who turned up:

This young copper walked into the house and asked if everything was secure.

I said ‘there’s something you need to check in the bathroom’.

I suppose you would want someone to share the trauma with if you ever chanced upon something that gross. Which is why he’s also decided to share the pictures with the rest of the world. Cheers for that Rio.

For the serial pooper who was arrested after shitting in a car park 8 times in one month, click HERE. Strange way to get your kicks TBH.