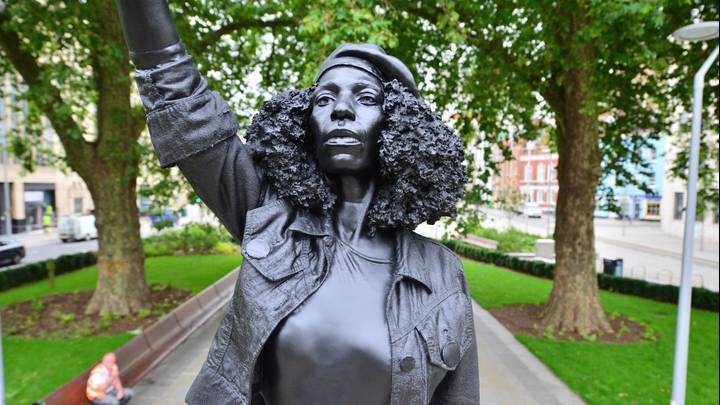 The people of Bristol will decide what is placed on the plinth.

There was a lot of controversy earlier today when a statue of a Black Lives Matter protester was placed on the plinth in Bristol where the Edward Colston statue had once resided, as obviously a load of people were unhappy that it was erected without the relevant planning permission.

Nobody knew if it was going to remain there – its designer Marc Quinn said that he had made it ‘hard to remove’ – but the Mayor of Bristol has presumably spent all day debating over a course of action and has now taken to Twitter to make his intentions clear. Here’s what he had to say:

I understand people want expression, but the statue has been put up without permission.

Anything put on the plinth outside of the process we’ve put in place will have to be removed.

The people of Bristol will decide its future. https://t.co/dEsZF9kNRt

The sculpture that has been installed today was the work and decision of a London based artist. It was not requested and permission was not given for it to be installed.

We have set out a process to manage our journey. We have established a history commission which will help us tell our full city history.

As we learn this fuller history including the part played by black people, women, the working class, trade unions, and children among others, we will be in a better position to understand who we are, how we got here and who we wish to honour.

Crucial to our heritage has been the harbour and the docks, manufacturing and industry, research and innovation, transport, slum clearances, housing, modern gentrification and faith.

As the commission shares this information, the city will decide on city memorials and the future of the plinth.

I think whatever side of the debate you fall on, you’ve kinda gotta agree with that. I think the Black Lives Matter statue is pretty cool and would hopefully mean that people actually remembered the movement and it wasn’t just a flash in the pan and might lead to some kind of societal change, but obviously there’s a large section of society that wouldn’t be into it and therefore it’s only fair that its replacement should be democratically chosen.

Maybe it will end up being something similar? More likely it’ll probably be something along the lines of Colston McColstonface though. You know what the British public is like.

For more of the same, check out what artist Marc Quinn had to say about his intentions for the sculpture. Turns out he had a bit to say.