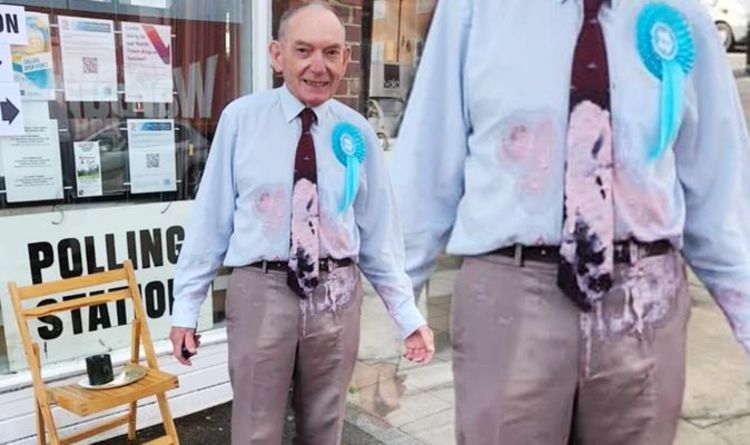 Is this still funny?

Whilst I’ve gotta admit I’ve been laughing a lot at Tommy Robinson and Nigel Farage getting milkshakes thrown at them this week, I’m not sure if I can get behind the people who decided to throw one at Brexit party pensioner after he voted today.

The elderly man is a veteran of the armed forces named Dion and he was wearing a Brexit Party rosette on his shirt outside the polling station in Aldershot, Hampshire when the milkshake was thrown at him. A culprit has yet to be identified, but Kerry Graham who runs the OneStop convenience store round the corner from the station had the following to say about it all: 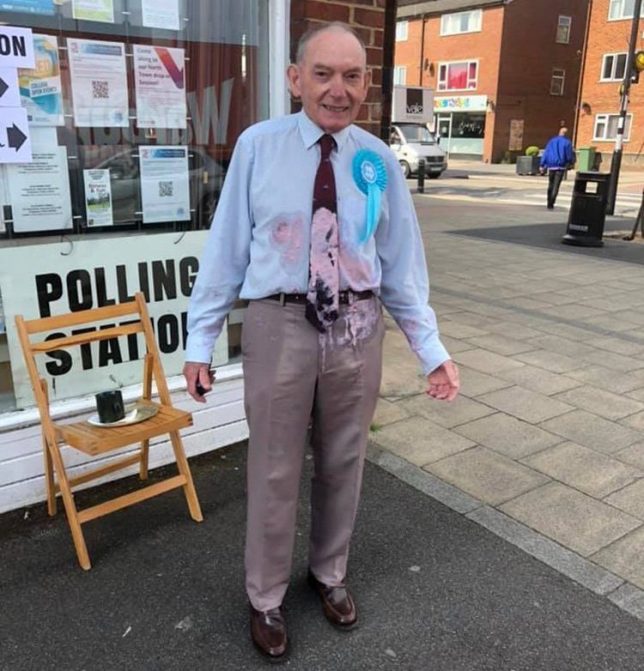 I think it’s disgusting to do that to anybody, never mind an elderly gentleman who is just standing there.

I don’t know what his name is but I’ve seen him before. He’s a regular customer. I just think it’s absolutely disgusting.

He’s a is a ‘nice man’, but even if he wasn’t a nice gentleman, it’s still not right.

Yeah I mean, it was funny to begin with when hate borderline racist political figures were targeted, but I don’t think it’s really on when some old guy is just sitting around minding his own business, even if he is a potential racist or what have you. That’s probably made me realise as well that it isn’t necessarily that cool to throw milkshakes at political figures in a democracy even if it is kind of funny, it’s not really what you want if you want to be seen as a progressive nation that respects the rules and results of an election. Guess that’s just where we’re at in the UK right now though.

For more of the same, here’s Farage getting trapped in a bus because he’s surrounded by milkshakes. That is still funny.