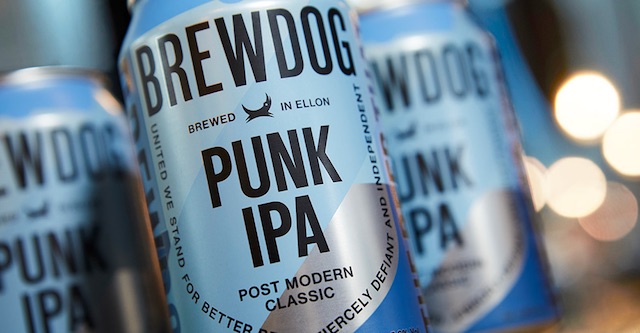 Not as punk as they claim.

BrewDog seems like it’s been one of the fastest growing brands of the past decade – it kind of feels like there’s one in almost every city you visit now and they’ve come out of nowhere in that period – but sadly it seems like that success has been built on the back of ruthlessly exploiting its employees in a massively toxic workspace.

There have been some rumours about BrewDog in the past but I don’t think anything as concrete as the open letter that’s just been shared by a bunch of disgruntled former employees. Take a read of it below:

An open letter, to BrewDog. pic.twitter.com/xEd3B83qot

This has also been followed up with the following list of times when BrewDog were completely awful by some other guy on Twitter:

Wow. There’s certainly a lot going on there isn’t there? I’ve never worked at BrewDog myself so can’t comment on this with any real knowledge, but for so many people to agree on this subject matter and feel the need to call them out publicly, you have to think that the place must be rotten to the core and it isn’t a case of someone being a pussy because of a bad day at work. This goes deeper than that.

At the time of writing, BrewDog haven’t issued a response to these accusations but I’ll imagine that they’ll try and acknowledge it but also laugh it off in their typically jovial/jokey way and encourage anyone who works for them currently to come forward to talk about it. That will be the public face of it, but behind the scenes I doubt anything will really change and it’ll continue to be a toxic and disgusting workplace. It’s always the way.

Hopefully at least some people stop drinking there though because of this letter because that’s where it will really hurt them. Sadly, I doubt it will have too much of an impact though. Thoughts with everyone that seems to be suffering from PTSD from their time working at BrewDog.

For more of the same, check out a bunch of people coming forward to say that Joss Whedon was a complete asshole on the set of ‘Buffy The Vampire Slayer’. Does look like he got cancelled after that though.