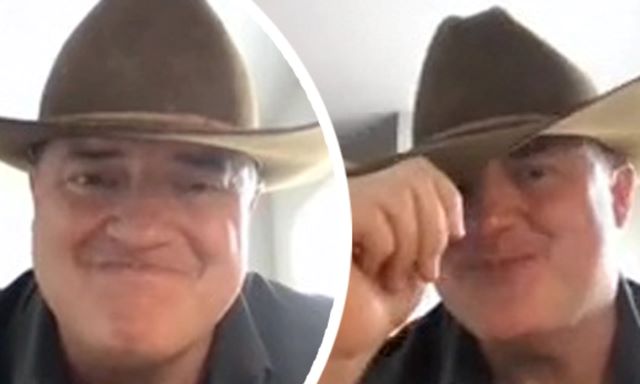 This had made my day.

In a world of Hollywood wankers, Brendan Fraser is an absolute gem who is humble and genuine and responsible for some of the best movies of the 90s and early 00s like The Mummy, Bedazzled, Airheads and so much more.

Fraser has been dealing a LOT of shit these last 10+ years though. He was sexually assaulted by the former head of the Hollywood Foreign Press Associated and was blacklisted by Hollywood after speaking out about it, then went through a divorce and had to play a ridiculous amount of alimony.

Well it looks as though he’s finally back in the swing of things, having landed a role alongside Leo DiCaprio and Robert DeNiro in Scorsese’s next film ‘Killers of the Flower Moon’. He gave an interview to a fan on TikTok this week (what a guy) and was visibly emotional when told how much people are rooting for him to succeed:

Seeing Brendan get choked up after being told that everyone online is behind him and excited for his new project I’m— 😭😭😭 pic.twitter.com/xdVFvavGJr

You love to see it. What a great guy! Seeing him tear up over having the support of the entire internet just made my day. Big up Lindley Kay for letting him know how much he’s appreciated and how much we’re all looking forward to seeing him on the big screen again. Go Brendan Go!

For a look at ‘Killers of the Flower Moon’, click HERE. Should be one of the best films of 2022 when it finally drops. Can’t wait.