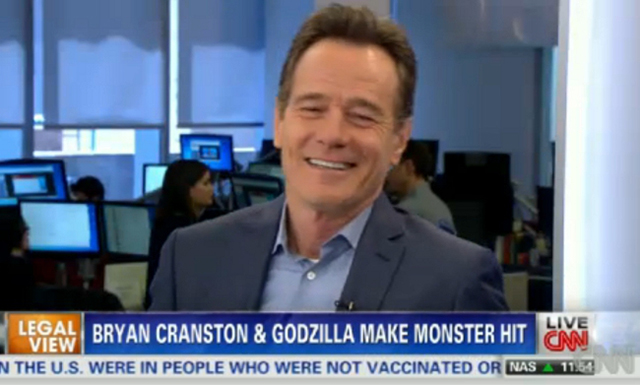 Is Bryan Cranston winding us up here or is there more Breaking Bad to come?

Very possible we are being completely fucked with here but it’s worth a mention in case it turns out to be the greatest news ever — but there just might be a chance that (SPOILER) Walter White isn’t dead and there’s a Breaking Bad movie on the way.

Talking about the final episode, the news anchor says “I’m going to ask you, I wasn’t so sure that you died, I really wasn’t. Your eyes were open and I just thought, ‘what if the police just take him into custody, he gets better, breaks out and just goes nuts?”

Here’s the exchange that followed:

Cranston: “Hey, you never saw bags zip up or anything.”

Banfield: “No movie? No nothing? No Walter White ever again?”

Probably best to take that with a pinch of salt, but who knows? Or is the show’s legacy best left alone after what was already a pretty awesome ending?

â˜› More Walter White: Bryan Cranston Is A Nutter In Real Life Too