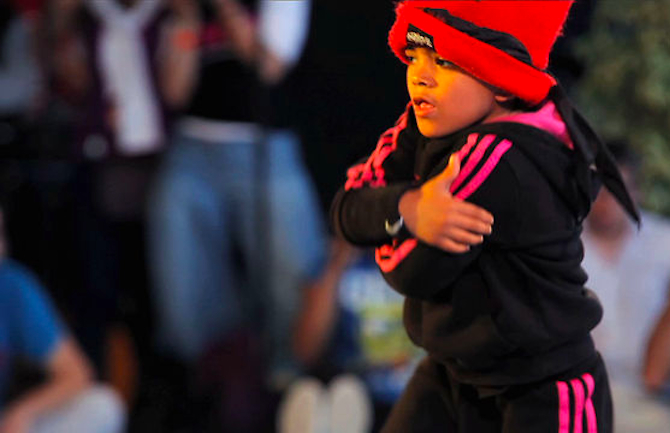 Breakdancing is so cool. I always wanted to be good at it but watching videos like this make me not even want to try, because if a 6 year old girl is already this good at breakdancing I am not ever going to get anywhere near approaching good.

Let’s get one thing straight – breakdancing is completely sick. I always wanted to be sick at breakdancing because you just look so cool doing it and everyone is like ‘pow pow you’re a sickhead’ but I’m a fat white guy from the suburbs so I was never going to be any good at it, and watching videos like this make me not want to even try really because the little kids in it are already about a million times better at breakdancing than I’ll ever be. And when I say a million times that really isn’t an exaggeration.

I’m not exactly sure what this clip is from but I think it’s some kind of breakdancing competition for babies/little kids that happens over in Paris. There isn’t a lot of information about it though. In any case it doesn’t really matter if you know anything about it or not, all you need to do is watch this badass little girl with a killer attitude and a sick tracksuit come in and absolutely own the other dude. The other dude is pretty sick to be fair but he looks like he might be about 8 or something so I gotta give it to the 6 year old girl this time because she well and truly schools him. It’s just an absolutely sick breakdancing performance. Again, there aren’t a lot of details about her but apparently she’s part of an English breakdancing troupe and her name is B-girl Terra.

Check out the video below. The girl starts around 0:43 but you might as well check it all out because the guy is pretty fly too.

â˜› Watch These Videos Next:

Daggering – How To Dance To Reggae