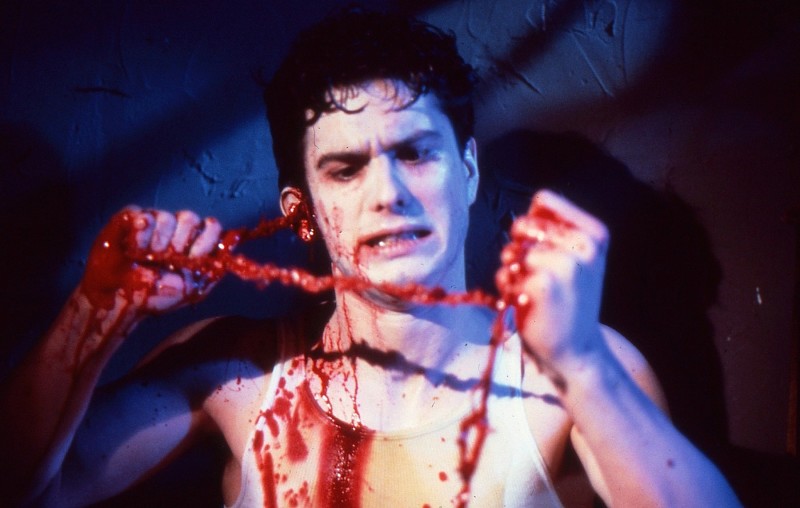 It will turn you inside out.

The 1980s were a great decade for horror with some of the staples of the genre making their debuts, but one excellent movie that might have flown under your radar is director Frank Henelotter’s ‘Brain Damage’.

The horror comedy tells the story of a guy called Brian who gets targeted by a centuries-old, penis-shaped creature named Aylmer. This thing injects his brain with mind altering chemicals in order to control him. You can imagine the kind of trouble he gets into trying to free himself from Aylmer’s grasp and the whole movie is very gory and funny.

You can check out the trailer below, but I’ve also thrown in a scene where Aylmer kills someone on a toilet so you can get a real taste of what this movie is all about:

Creepy huh? Not sure if the narrator’s claim of “it will turn you inside out” at the end of it is really that enticing, but trust me when I tell you that you’ll definitely enjoy it if you give it the time of day. I’m pretty sure it’s fairly easy to pick it up on DVD.

For more of the same, check out The Void, which is apparently the darkest and most demented horror movie of the year. Can’t wait.