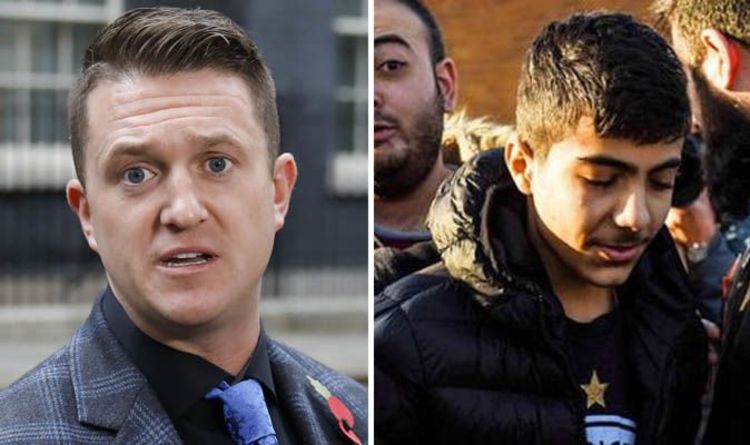 In your time of need, turn to Tommy Robinson.

Last week, most people were fairly shocked and appalled by the video that was widely shared of a teenage boy effectively waterobarding a Syrian refugee at his school.

The video did look as though it was an unprovoked attack because of the kid’s ethnicity and status within this country, but since then the unnamed boy (who is being called Bailey so that’s what we’ll refer to him as) has claimed that it was just some beef they had about something and was akin to any argument that may occur in any school – race was immaterial. Unfortunately for him though, nobody has believed him and his family have been targeted with death threats and rape threats and forced to go into hiding because of them.

Whilst that does suck pretty hard for him and probably isn’t the correct reaction to this kind of behaviour anyway, the only person who it seems that Bailey can turn to in an effort to get his side of the story out is Tommy Robinson. Given Robinson’s reputation and very clear agenda, coupled with the fact that no other news outlet seems willing to listen to what Bailey’s saying doesn’t exactly pain him in the best light in this situation, but if you wanna watch the video below then you can do:

Not really sure what to make of that. Jamal is saying that everyone at his school is bullying him because he’s different – and his sister also recently got her hijab ripped off as well – but playing devil’s advocate it is true that we don’t see much happening in either video clip so it could have been the result of some beef. I can’t honestly believe that these kids wouldn’t bring up the fact that they were refugees in their altercation though because we all know kids can be incredibly mean when they want to be and it seems like this is the case here.

Bailey probably doesn’t deserve to be persecuted as badly as he has been for his actions though, however deplorable they may be – we should just let the authorities investigate and hit him with whatever punishment they see fit. That’s the way it should work. Not really sure Tommy Robinson is helping the situation by getting involved, but to be honest when this his presence ever help anything?

For more of the same, check out the girl getting her hijab ripped off. I think that’s gotta be kinda racist, right?