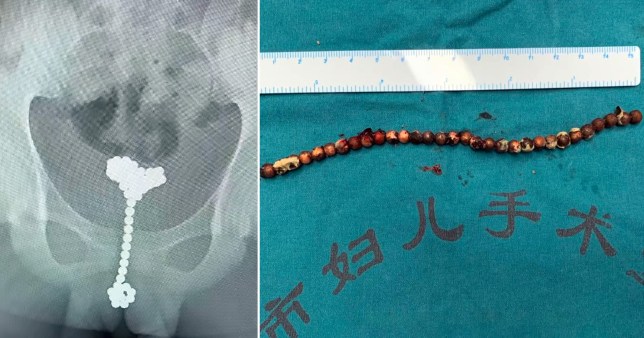 Guys sticking magnetic balls up their dicks and getting them stuck up there seems to be all the rage these days and here’s another story about an idiot who managed to get them stuck up their for no less than two and a half months. Bet that was painful.

The man comes from over in Wuhan – the capital of the Chinese province of Hubei (is it weird or do most of these guys all seem to come from China as well?) – where he said that a desire to explore his anatomy caused him to stick the Buckyballs up his dick. He couldn’t get them out and two months later was rushed to hospital after experiencing severe abdominal pains. 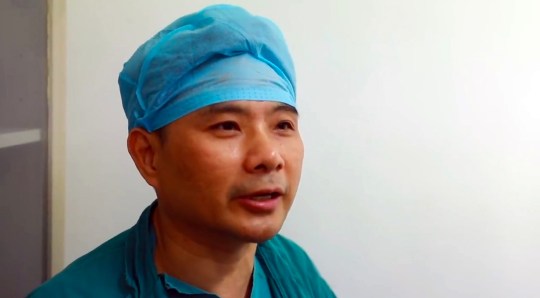 It didn’t appear to us to be a gastrointestinal problem, so we pulled him aside and asked him.

He admitted that, about 70 days earlier, he inserted Buckyballs into his urethra.

The Buckyballs are very difficult to retrieve due to their magnetic properties.

They tend to slip when trying to grasp them, or they form a large ball-shaped cluster.

Eventually we were able to get them out by filling the boy’s bladder with air, making theme easier to locate.

Phew. Thank god they were able to fill the boy’s bladder with air to get them out, that doesn’t sound scary and painful or anything like that at all does it? I mean in fairness maybe not as painful as severe abdominal pains or having 31 magnetic balls stuck in your penis, but still it doesn’t sound good. Hopefully this story will serve as a warning to people to stop sticking magnetic balls up their penises FFS. It’s not a good idea, OK?

For more of the same, here’s another story about a kid who recently did the same thing. What is up with people?