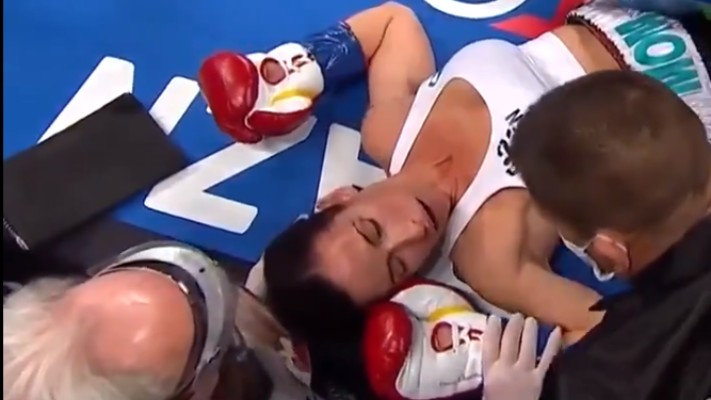 With boxing easing its way back following the coronavirus pandemic, promoters are having to fill up cards by allowing people to fight who they maybe wouldn’t normally have booked for these events.

That would include this debut for 42-year-old cancer survivor Miranda Adkins, who had never defeated another boxer with a W to their name before this. Somehow she was put up against 28-year-old Seniesta Estrada (19-0), who obliterated her with a barrage of punches in 7 seconds:

SHE GOT HIT WITH 10 PUNCHES BEFORE SHE KNEW SHE WAS IN A FIGHT pic.twitter.com/ruHyLyC7zN

Welp, that’s probably not how her team envisaged that going. I mean that was literally like what would happen if your mum got into the ring and tried to take on an actual boxer. Estrada was looking like old school Mike Tyson out there! On the plus side, at least Adkins’s arms won’t be tired from throwing punches, but I think it’s pretty clear these two had no business going up against each other.

P.S. Just read an article on this fight that says “a rematch isn’t out of the question”. Lol.

To watch a 17-year-old brutally KO his stepdad for abusing his mum, click HERE. What a strike.