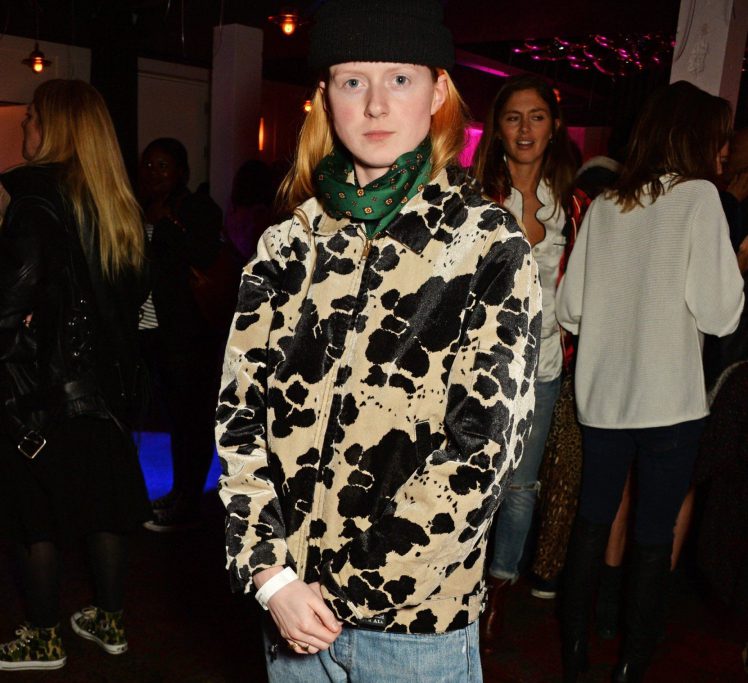 The internet was collectively outraged yesterday when ‘posh’ artist Hetty Douglas posted up a photo on Instagram of some builders in McDonald’s claiming that they probably only had one GCSE between them. I mean why not right, might as well pick on someone who was actually being a bit of a dickhead for once eh?

Anyway, the story gets even better as it turns out that 25 year old Doulgas’ father is actually a builder himself. You couldn’t really make this stuff up could you? He had this to say when the Daily Mail caught up with him, apparently covered in rubble dust at a cottage in Cornwall:

She would be very angry with me if I was to speak to you.

I’d love to defend my daughter but the less anyone says the sooner it will hopefully all blow over.

Sounds like a guy who’s actually got his head screwed on for once. The backlash has caused Douglas to close down her Instagram account even though she had 15,000 followers, but a ‘family friend’ is saying that it was all a big misunderstanding: 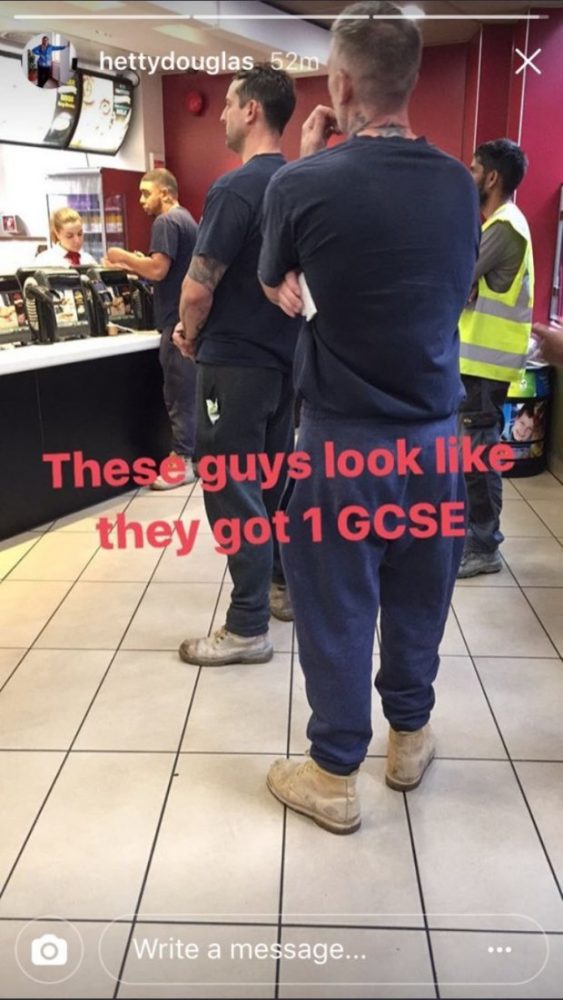 They were being rude and swearing at those youngsters working behind the counter and Hetty thought they were out of order.

I’m sure the builders would just dismiss it as banter but they were very unkind and intimidating.

So she thought she would take these lads down a peg or two. Sadly it has backfired but she meant well.

Not really sure if two wrongs make a right there, but I suppose it paints her in a bit better of a light than originally. Still not exactly that awesome though and I guess it’s kind of mean for the whole world to pick on her when there are probably at least a million people saying things way worse than that every day on the internet. Like most of these things though nobody will remember it next week, so I’m sure it won’t affect her life too much. Chin up kiddo.

For more McDonald’s, check out this Triple Extra Large Big Mac. That’ll do.